Hire Manik was a noble venture. 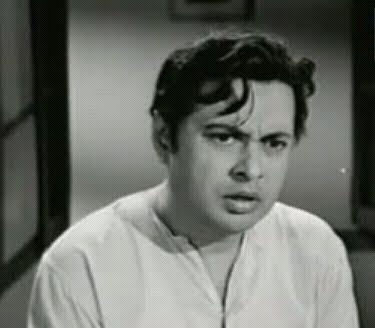 Hire Manik was a noble venture.

Director Salil Dutta made a noble venture with the film Hire Manik in the late 70s. The film was related to the story of two small children Hire and Manik and released in 1979.

Their father Asim Kumar and mother were on a drive when a lorry collided with their car and both were spot dead leaving the two children as orphans. But Asim Kumar’s Fixed Deposits earned a lot of interest and his lawyer Ajitesh Banerjee asked his brother Bikash Roy to take care of the two children and use the money.

Bikash Roy’s brother in law Chinmoy Roy hammered the children and their life was in misery. At that point they escaped from the house and went to a Dhaba. The owner of the Dhaba gave them work of washing dishes. But Chinmoy Roy chased them up with his assistant, a dog named Bruno and a car. The two children got on Satya Banerjee’s lorry and escaped into a forest.

They reached the house of Anil Chatterjee and Sabitri Chatterjee. Sabitri Chatterjee lost her own son and loved the two children and treated them when they were sick. But just because she suspected that they stole a toy from a shop she asked them to leave. They were confronted with an elephant in the forest who was looking for the young one. At the end of the film, they were rescued by Anil Chatterjee, Ajitesh and Sabitri and brought back to their house.

Mrinal Banerjee, the music composer composed impressive tunes including “aaj amader jatra shuru” sung by Arati Mukherjee, “jongol er naam jongol” sung by Manna Dey and other songs. The performances of the two children Hire and Manik were excellent along with the effort of Chinmoy Roy, Anil Chatterjee, Sabitri Chatterjee and others.

Salil Dutta made a fruitful venture in the late 70s and the film still remains one of the popular Bengali films made only for children.
Posted by Souvik Chatterji at 9:55 AM