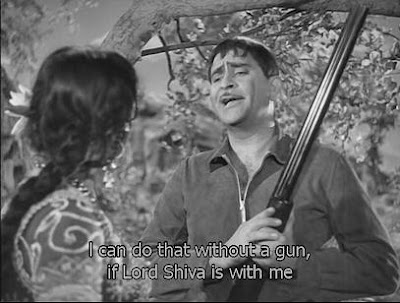 Legendary musical duo Shankar Jaikishan had probably done the greatest experiment in the film Jish Desh Me Ganga Behti Hai. The film was released in 1960, and became everlasting hit.

Raj Kapoor produced the film while Radhu Karmakar directed it. Raj Kapoor in fact received the second filmfare award as the best actor for the performance of the film, the earlier being Anari. Shankar Jaikishan had the freedom of the using their number of musical instruments as the film demanded all of them.

The other successful songs included “begane shaadi pe Abdulla diwana”, “o wasanti pavan paawan” and “pyar kar le naito phasi char jayega”. The last song in the film “a ab laut chale” was another grand experiment. There strong chorus appeal used in the song. While Mukesh song the solo, at every verse Lata sang her part in another tune and in another scale which merged together with the chorus.

If Shankar Jaikishan had remained sublime due to their western compositions and eastern classical creations in the other films, in Jish Desh Me Ganga Behti, their folk creations and chorus renditions had mesmerized the audience. The film and the music should be preserved for the immortal appeal and epic creation of the music by Shankar Jaikishan.
Posted by Souvik Chatterji at 5:29 PM