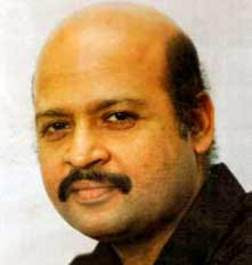 The viewers of bollywood films wish happy birthday to Rajesh Roshan on 24th May, 2011. Being the son of Roshan Lal Nagrath, Rajesh Roshan had a great task of matching the great performance of his father as a composer.

He was born in 1955. Although his compositions did not have the classical touch, he composed catchy tunes which attracted the attention for the viewers. He received the filmfare award for the best composer for his brilliant composition in the film Julie in the mid-70s.

All the songs of the film Krissh became super hit including “dil na liya”, “chori chori chupke chupke”, etc. He also won the filmfare award for the best music director for the composition of music in the film Kahona Pyar Hai in 2000.

In 2010, the viewers expected good performance from Rajesh Roshan as well for the film Kites. It had been produced by Rakesh Roshan with Hrithik Roshan playing the lead role. Always when the dream combination had worked together they had created magic. Although the music was appreciated the film could not do good business due to use of Spanish which was not understandable to the common masses.

The viewers expect grand performance from Rajesh Roshan, Rakesh Roshan and Hrithik Roshan whenever they work together again.
Posted by Souvik Chatterji at 9:54 AM

Rajesh Roshan had huge contribution in the success of Hrithik Roshan's greatest hits Kahona Pyar Hai, Koi Mil Gaya and Krissh. He will definitely compose something special in the next sequel of Krish with Hrithik Roshan and Rakesh Roshan.
Souvik Chatterji.