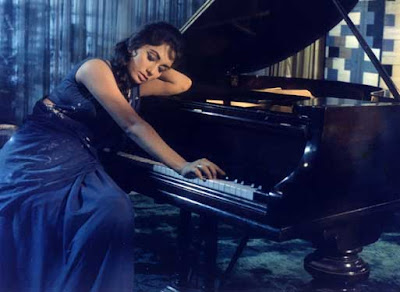 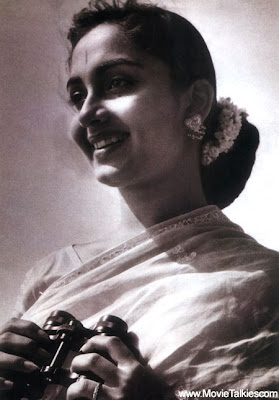 Sadhna remained sizzling actress in the 60s. Sadhna Shivdasani remained sizzling actress in the 60s. Born on 2nd September, 1941, her name was given by her father due to his fascination for the actress Sadhana Bose. She acted in a Sindhi film Abana in 1958 where she played the role of the sister of the heroine in the film. Then Subodh Mukherjee did cast her opposite Joy Mukherjee in the film Love in Simla in 1959. The music was composed by Iqbal Qureshi and the songs of the film became big hits. She acted in successful films one after the other after that including Parakh, Hum Dono, Prem Patra. In 1962, her film Ek Musafir Ek Haseena opposite Joy Mukherjee became musical blockbuster. Raj Khosla’s hit became known for the songs composed by OP Nayyar, including Rafi’s songs “aap yuhi agar”, “bahut shukhriya”, “phir tere shahar me”, etc. She also acted in Hrishikesh Mukherjee’s film Asli Nakli in 1962, opposite Dev Anand which was also another musical hit. Shankar Jaikishan’s composition became super hit including Lata’s “tera mera pyara amar”, Rafi’s song “tujhe jeevan ki dor me”, etc. Mere Mehboob was the greatest hit of Sadhna opposite Jubilee Kumar Rajender Kumar in 1963. The romantic film created the pair of Rajender Kumar Sadhna who remained sublime during the 60s. Naushad’s composition was brilliant including Rafi’s title song “mere mehboob tujhe meri muhobbat ki kasam”. The other super hit films of Sadhna opposite Rajender Kumar including Aarzoo and Aap Aye Bahar Aye. In 1965 she was married to RK Nayyar. She became famous for her spooky performance in Raj Khosla’s suspense thrillers like Wo Kaun Thi, Mera Saya and Anita. For Wo Kaun Thi she received filmfare nomination for best actress. Her other successful films including Dulha Dulhan opposite Raj Kapoor, Waqt opposite Sunil Dutt, Battamees and Raj Kumar opposite Shammi Kapoor, Ek Phool Do Mali opposite Sanjay Khan, etc. She faded away from the industry in the 70s, as her films Geeta Mera Naam, Ishq Par Zor Nahin, did not do adequate business. Her films should be preserved and restored.
Posted by Souvik Chatterji at 8:14 AM