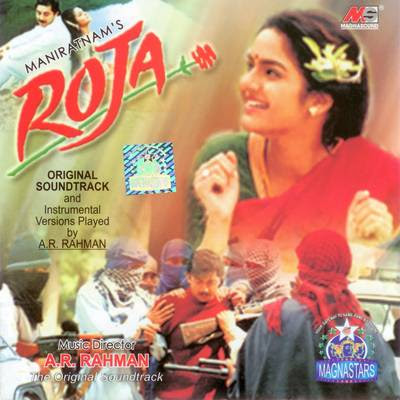 The viewers of bollywood films wish happy birthday to Madhu on 26th March, 2011. Madhu, also known as Madhubala Raghunath had contributed a lot to the bollywood industry especially in the 90s. During the 90s, terrorism became an important issue in India. Many directors addressed the problem by revealing them in films.

Director Mani Ratnam addressed the issue relating to terrorism in Jammu & Kashmir in his Roja. Roja was probably the most successful film of Madhu. It had been shown that Madhu was married to Arvind Swami after he rejected Madhu’s sister for marriage. In fact Madhu’s sister had an affair with another person and told Arvind Swami about it.

Arvind Swami was a renowned computer engineer and his senior officer asked him to take an assignment and go to Kashmir. Arvind Swami took Madhu and went to Kashmir. Over there Arvind Swamy was kidnapped by the terrorists led by Pankaj Kapoor. They demanded the release of their leader who was arrested and kept in custody.

Madhu went to all the officers present over there for the release of the terrorist leader for the sake of her husband. At the end of the film Arvind Swamy freed himself and came and met Madhu after being tortured by the terrorists. The film became super hit, with powerful direction, brilliant music of AR Rehman and powerful acting of mainly Arvind Swami, Madhu and Pankaj Kapoor. Madhu’s romantic appeal was balanced by her brilliant performance in the film. The songs “roja janeman”, “rukmini rukmini”, “dil hai chota sa” stormed bollywood films in mid-90s.

Madhu did well even in action films like Phool Aur Kaante, opposite Ajay Devgan. The film was related to the romantic story between Ajay Devgan and Madhu and the barriers created by anti-socials in their way. The music given in that film by Nadeem Shravan was also successful. The songs “premi pagal”, ‘tumse milne ko dil karta hai”, etc., sung by mainly Kumar Shanu and Alka Yagnik, became very successful. Phool Aur Kaante became a trend setter in the world of films based on college romance.

Madhu was also sublime in other films like Hum Hai Bemisaal, Diljaale, Return of the Jewel Thief, etc. She had acted with Sunil Shetty, Akshay Kumar and other leading stars of bollywood films. She was sublime in the film Yashwant opposite Nana Patekar. Her husband was adamant police of officer and she became a successful officer after passing civil service exam. She compromised with the uncompromising character played by Nana Patekar who gave her shelter and married her.

She acted in a number of Tamil and Malayalam films like Ottaya Pattalam as well. In the late 90s, all of a sudden she faded out of the bollywood industry. The viewers expect her to make a comeback very soon.
Posted by Souvik Chatterji at 7:42 AM