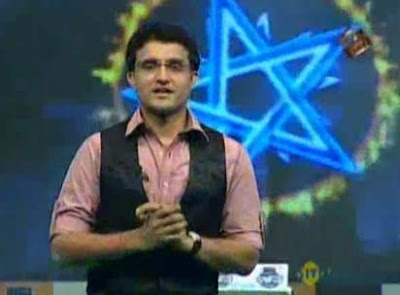 Arjun Chakravarty, an established actor of Bengali cinema, with accolades of performing in Tapan Sinha’s award winning films like Antardhan, shared his past with Sourav Ganguly. He said that he worked as assistant to legendary director Gulzar for a long time before acting in the film Ankush with Nana Patekar and others. He sang a song of Mukesh and showed his skills in other fields too.

Locket Chatterjee talked about her relationship with the family of Sri Ramkrishna Paramhanshdeb. She was asked the surname of Sharada Ma, which was Mukherjee before she married Sri Ramkrishna. Dolon Roy talked about her acting experience, including the secret of success of the theatre Hiralal Pannalal which was performed in Uttam Manch in South Kolkata for a long time. Robi Ghosh, Tarun Kumar and many other veteran actors acted in that play.

Actor Saheb Chatterjee shared his experience as human resource manager in a Firm in Kolkata before joining films. He sang a number of songs including “tora je j abolish bhai”. Sourav Ganguly kept a question relating to a song in Sandip Ray’s film Guga Baba Phire Elo, which was sung by Saheb Chatterjee. Sourav commented that he should take his career as singer as seriously as acting.

The program became extremely successful and increased the TRP of Zee Bangla. Sourav Ganguly had proved his brilliance in the field of anchoring, that too in a Quiz Show. The viewers wish their best for the future Dadagiri shows.
Posted by Souvik Chatterji at 11:05 AM