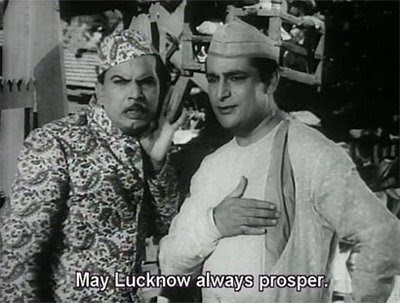 In the film Baharen Phir Bhi Ayegi, Rafi’s song for Johnny Walker titled “suno suno Miss Chatterjee” became extremely popular. OP Nayyar’s background beat was very melodious. Laxmikant Pyarellal composed very melodious songs for Johnny Walker and Biswajeet in the film Night in London. Most of the songs became super hit.Johnny Walker was probably the only comedian who had given lips in so many hit songs of Rafi, even considering Manna Dey’s songs for Mehmood. The list of films where Rafi had sung for Johny Walker can go on and cannot be covered in one article.The songs and the films should be restored and preserved.
Posted by Souvik Chatterji at 5:17 PM