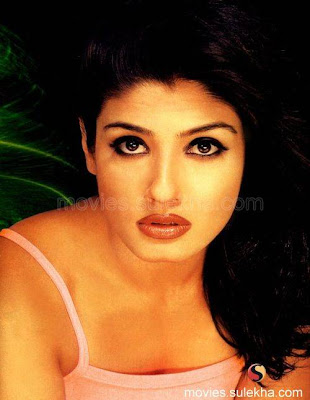 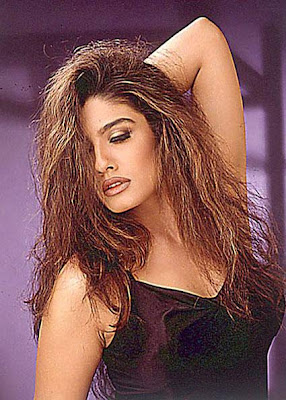 The viewers of bollywood films wish happy birthday to Cute Actress Raveena Tandon on 26th October, 2010. She was a versatile actress of the 90s. Initially when she joined films her performance opposite Akshay Kumar and Govinda attracted the attention of many viewers.

Her films Mohra opposite Akshay Kumar and Sunil Shetty, Aatish and Vijeta opposite Sanjay Dutt, Vinashak opposite Sunil Shetty got great box-office success. In Vijeta she played the role of an honest police officer who loved a lawyer Sanjay Dutt. Sanjay Dutt took law in his own hands to punish the killers of his senior lawyer played by Aloknath. Raveena realized that her superior police officer Amrish Puri was a criminal himself and sided with Paresh Rawal. The performance of Raveena in a daring role in Vijeta amazed the viewers. She also showed her comedy skills in the film Andaz Apna Apna opposite Ami Khan and Salman Khan. She was the mate of rich girl Karishma Kapoor. But instead she pretended to be the rich girl and Karishma Kapoor pretended to be the maid. The film directed by Raj Kumar Santoshi did brilliant business in the early 1990s.

But later on in her career she got challenging roles. She got the national award for the best actress for her brilliant performance in the film Daman. It was related to ill-treatment of women. She was sublime in the film Shool opposite Manoj Vajpayee, where the corruption in politics was at issue. Shool showed the high level of corruption in Bihar to such extent that some of the politicians wanted to ban the film.

Raveena Tandon was brilliant in the film Daava opposite Akshay Kumar. She acted in other hit films like Officer opposite Sunil Shetty, Ladlaa opposite Anil Kapoor, Zid opposite Sunny Deol, to name a few. It is a pity that when she was at the peak of her career that she left films after getting married and begetting children. The viewers want her to make a return to bollywood films in character roles as she still has a lot of acting left in her.
Posted by Souvik Chatterji at 5:30 PM