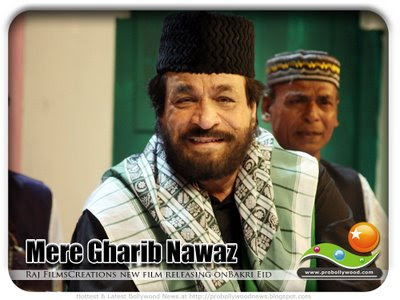 Kader Khan was sublime in his villainous performance in the film Coolie. He tortured Wahida Rehman and made her insane. She was affected to such an extent that she could not even recognize her own son played by Amitabh Bacchan. He had to face Big B at the end and paid for his sins. He also played a villainous character in the film Inquilab. He trained Big B, brought him into politics and got into power. As a politician he behaved with Big B in a most diplomatic manner. Big B brought in all the corrupted leaders and killed one after the other inside the Assembly House.

He was sublime in his role in the film Indrajeet. His own son was involved in the murder of Big B’s daughter Neelam in the film. He tried his best to give protection to his son and his friends who were involved in the crime, but Big B entered the Central Jail and took revenge by killing him.

During the mid-80s Kader Khan switched to comedy roles. There too, he showed his skills. His performance in the film Bol Radha Bol, with Rishi Kapoor, Dulhe Raja with Govinda, Aankhe with Govinda and Chunky Pandey, showed his comedy conception where he gave effortless performances. In Bol Radha Bol, he could not see after sunset. In Aankhe he send his two sons Govinda and Chunkey Pandey out of his own house for their mischiefs.

He also played positive characters in Sunil Shetty’s film Bhai, Jackie Shroff’s film Aaj Ka Daur, Govinda’s film Hero No. 1. He had been one of the indispensable actors in bollywood films. Directors had cast him in different types of roles ranging from Sufi saints to police officers, big industrialists to corrupt politicians and all the different types of roles he showed his acting skills.

Even a number of contemporary villains in bollywood films had benefited by working with him including Shakti Kapoor. There were resemblance of style of tragedy king Dilip Kumar in the acting of Kader Khan in the early part of his career but he created his own identity and skill in the long run. His other successful films included Himmatwala, Aaj Ka Daur, Hero No. 1, Haseena Maan Jayegi, etc. These days his son Sarfaras Khan had been successfully acting in many bollywood films like Tere Naam.

His dialogues were equally famous as his acting and he made contribution in the field of dialogue writing in more than 200 films. Besides he gave quality lips in some of the songs like “yeh paisa bolta hai” in the film Kala Bazar. It is not possible to include all the films of an actor who had contributed in more than 400 films, but it can be said that all his admirers want him to continue his good work and explore himself in the new films to come.
Posted by Souvik-indrajalik at 6:14 PM