Can Kaminey change the fortunes of Priyanka Chopra? 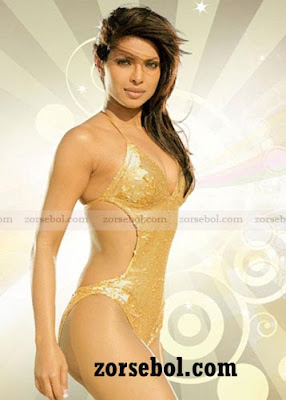 Can Kaminey change the fortunes of Priyanka Chopra?

Priyanka Chopra was the leading actress of bollywood films in 2008. She not only acted in more than 5 years in 2008, but also received the filmfare award for the best actress for her performance in the film Fashion.

The films in which she had acted in the last year include Love Story 2050, Chamku, Fashion, Dostana, etc. Some of the films did extraordinary business, while the other ones flopped last year. But her performance in Madhur Bhandarkar’s Fashion appealed before the commercial audience as well as the critics. But things change a lot in a year or so in bollywood films.

None of her films were released in 2009, before Kaminey. In 5 or 6 months the viewers forget the good work of the number one actress of the previous year and look for a new actress to fill the number one slot. In that respect Priyanka Chopra’s challenge to maintain the number one spot is great.

In Kaminey, she had acted opposite Shahid Kapoor who had played a double role. One of the twin brothers were involved in unlawful activities while the other was happy doing corporate job. Priyanka Chopra adapted herself to the requirement of the film just like in the past. The music of the film was has been very popular. The film has all the possibility of becoming a blockbuster.

It is possible for Priyanka Chopra to maintain the number one spot, although Katrina Kaif can return back with success in the film Blue. For the early part of the year, Katrina Kaif and Kareena Kapoor were winners with the films New York and Kambaqth Ishq respectively.

Let us hope with the increase in competition all these actresses give their best and entertain the viewers in the year 2009.
Posted by Souvik-indrajalik at 3:30 PM