Review of the film Luck. 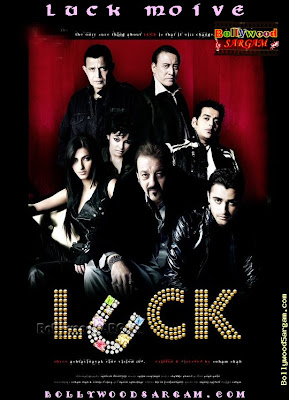 Review of the film Luck.

In the film Imran Khan’s did not find luck in his life. He tried other things and when he tried to experiment with risky tasks he tried to work with Sanjay Dutt who was a mafia don in the film to make money. Sanjay Dutt wanted to revolutionize the betting industry.

In India the gambling and betting industry had been active for the last 30 years. From cricket to politics the industry had gambled with different subjects and the gamblers either had made money or ended up being paupers. For Sanjay Dutt life is another name for gambling and he found no fault in ascertaining his luck through gambling.

Sanjay Dutt brought people from different parts of the world who had luck on their own side. He tested their luck to fulfill him aim relating to obtaining huge sum of money. The story revolves around the mystery as to how Imran Khan can get away from the trap created by Sanjay Dutt. The other characters in the film who got involved in the entire plan of action include Mithun Chakravarty, Danny, Shruti Hassan (daughter of Kamal Hassan), Ravi Kissen and others.

Sanjay Dutt was brilliant in the film in the role of mafia don Mussa, just like other action films. Mithun Chakravarty in his role of Retired Colonol Veer Pratap Singh used his experience in bollywood films to portray his reserve character. Imran Khan was outstanding in his role of Ram Mehra. He exhibited his confusion in the early part of the film very well and then substantiated it with confidence. Danny was brilliant as well.

Viewers will enjoy the performance of Shruti Hassan, who was impressive too. Ravi Kissen and Rati Agnihotri did well in their respective roles. The music of Salim Sulaiman was impressive with the hit song “aasma”.

On the whole the film should do very good business.
Posted by Souvik Chatterji at 12:16 PM