Review of the film Life Partner

Review of the film Life Partner 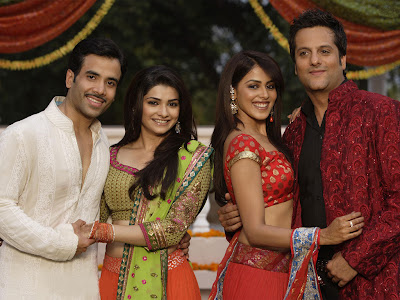 Govinda tested his fortunes in the film Life Partner along with Tushar Kapoor and Fardeen Khan. Director Rumy Jaffery had taken veteran artists and did not experiment with the new comers in the film.

In the film Fardeen Khan had affair with Genelia Desouza. But they never knew whether marriage itself could have cemented the relationship between the two of them. Fardeen Khan’s friend Tushar Kapoor had a different approach in life.
For Tushar Kapoor, arranged marriage had better social recognition than love marriage. He came to know Prachi Desai, but wanted to marry her only if there was approval of her parents and relatives about the marriage. For him understanding between the husband and the wife were not enough for long term bond which could be restored only through the blessings of the relatives of both the spouses. 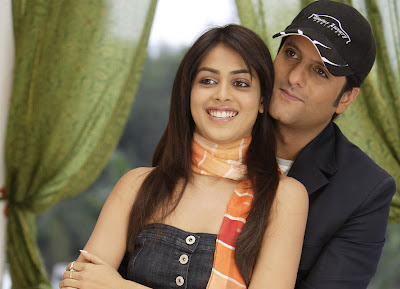 Govinda played the role of a lawyer who specialized in cases relating to separation. Suits relating to divorces attracted him more than any other cases. He did not believe in the institution of marriage. He meant that the institution of marriage depended on the relationship between the two spouses. If either of them never wanted to compromise, there was no logic for the other spouse to compromise just for maintaining the marital relationship.
The film revolved around the story of the three friends in achieving their goals with their related ideologies. Govinda did well as usual. The script was not strong enough for Tushar Kapoor and Fardeen Khan. 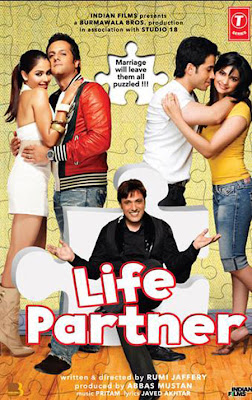 Genelia Desouza did well, but she did not look as gorgeous as Jane Tu Ya Jane Na. In a nutshell the film has ingredients of entertainment, but cannot address the demands of every type of viewers. The film may do average business. The story is not that innovative to make the film superhit.
Posted by Souvik Chatterji at 10:59 AM