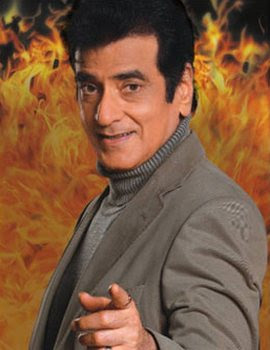 The viewers of bollywood films wish happy birthday to Jeetender, the golden hero of the 60s on 7th April, 2009. He has been considered as one of the most consistent actors who had steady box-office in the 60s, 70s and 80s.

In the early 60s, he started his career with the success in the film Geet Gaya Pattharone, opposite Rajashree. Bollywood industry was flooded with actors at that time including Showman Raj Kapoor, Tragedy King Dilip Kumar and the other matinee idols like Rajender Kumar, Pradeep Kumar, Shammi Kapoor, Bharat Bhushan and others. He had to face very strong competition to stay in the competition at that time.

Within a short period of time his dancing skills were cultivated by the directors and his films started making profits. His film Farz in 1967, opposite Babita, became super hit. The songs composed by LP and sung by Rafi created storms, including “mast baharon ka mai ashiq”, “baar baar din yeh aye”, etc. Besides, Jeetender’s dance performance in most of the songs entertained the viewers to a big extent.

From that time onwards, Jeetender had a great combination with LP, Rafi and Anand Bakshi. All the songs of the film Humjoli, Jeegri Dost and Banphool became superhit. Prominent songs included “mere desh me”, “dhal gaya din”, etc. Initially critics called Jeetender jumping jack, but his dancing skills followed by his acting skills made him a ruler in the 70s and 80s.

In 70s, he was probably the only romantic actor other than Rishi Kapoor, he survived the period relating to action films, when Big B, Vinod Khanna, Shatrughu Sinha and others gave hit action films one after the other. The hit films of Jeetender in the 70s include Karwan, Nagin, which continued in the 80s with the success of films like Asha opposite Reena Roy.

Jeetender also played a crucial in off-beat films of Gulzar like Parichay, Khushbu and Kinara where the intellectual audience had appreciated him. He gave very elegant lips in brilliant songs of Bhupinder Singh like “naam gum jayega”, “meethe bol bole”, etc. He transformed himself from an excited, energetic, youth to a reserve personality in Parichay, Khusbu and Kinara.

Jeetender’s in the 80s had compelled producers to launch him opposite young actresses like Sri Devi and Jaya Prada who were much younger than him in films like Himmatwala or Dharm Adhikari. After the launching of his son Tushar Kapoor in modern films, he had reduced acting in contemporary films.

But the viewers expect him to still continue in modern films in character roles just like before.
Posted by Souvik Chatterji at 9:54 AM