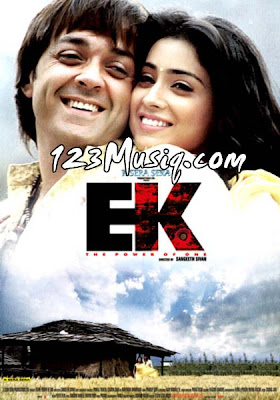 Bobby Deol’s efforts had gone unnoticed.
There are certain stars in bollywood films, who inspite of exhibiting their genuine skills remain unnoticed and unrecognized. Bobby Deol falls in that category.

Right from the time he had performed in films like Barsaat, to Soldier, to Gupt and even in Ek – the power of one, his action skills did not get appreciation. Neither was his deep voice being honored by the media.

He had exhibited European style of acting in films like Soldier, Bicchu or Badal. He kept his personality intact when he played the role of terrorists and whenever the question arose as to raising of his voice against the wrongdoers his style was very unique. In Gupt, his action stunts in the prison opposite the other prisoners were very impressive. If similar stunts were taken by Akshay Kumar or Shahrukh Khan, the media would have highlighted them. Just because it was Bobby Deol, the media was silent about it. In fact his performance in the film Ajnabee, opposite Akshay Kumar requires special mention. The action sequence where he fought against Akshay Kumar, he showed his individuality and addressed his action skills in style. Akshay Kumar played a negative role in the film and both the actors did well and entertained the viewers.

In fact the media also remained silent about the dancing skills of Bobby Deol. If his dancing skils are compared with his father Dharmender or elder brother Sunny Deol, critics will agree that he had done a more innovative job till now. He was sublime in the songs “soldier soldier”, “bechainiya”, “mehfil me baar baar”, etc. In some of them he had danced even better than the actresses like Preeti Zinta or Kajol, or Manisha Koirala.

Even his comedy skills in films like Chor Machaye Shor remained unnoticed. Whenever his films had done well, the credit had gone to the co-artists and whenever they failed the blame was shared by him. Taking that into consideration it can be said that his performance in the film Ek: The Power of one, was extraordinary. The scene where he was encountered by the police, he jumped from rooftop, landed on a lever of bulldozer and jumped on the top of a running train, an of the other superstars of bollywood industry like Hrithik Roshan or Akshay Kumar would have been proud about.

Although Bobby Deol never had the box-office of Shahrukh Khan or Salman Khan, he had fantastic potentiality and the producers and directors should exploit them to the fullest in the films in future. He is a great asset for the industry and should continue his great work.
Posted by Souvik Chatterji at 1:18 PM