Tabu's performance in Astitva was extraordinary. 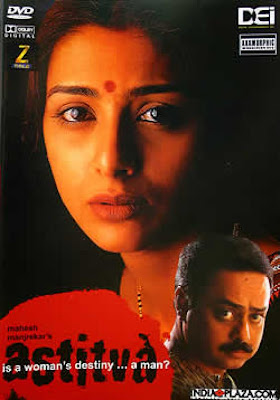 Tabu’s performance in Astitva was extraordinary.

Tabu is considered as one of the most powerful actresses of the last 10 years. She had kept her mark in any type of film ranging from commercially successful films like Virasat, to refined commercial films like Chachi 420, to off-beat films like Machis.

In Astitva, she had played her role with such amount of perfection that her performance could very well be equated with any of the legendary performances of Shabana Azmi or Smita Patil. She married Sachin Kherekar who was a wealthy person.

But he used to stay abroad for most part of the year due to job requirements. Tabu had to stay for those months alone. Initially it was unbearable for her. After sometime she got a scope of learning classical music from Mohnish Behl who was a renowned classical singer in the film. Both of them got attached with each other.

It led to Tabu becoming the mother of Mohnish’s son. Initially when Tabu talked about it to her relatives, they advised her to get the child aborted. But for whatever reasons she did not do that. Sachin Kherekar considered the son to be his own and nurtured him.

After more than 20 years, Sachin Kherekar went through the diary maintained by Tabu and came to know about the affair. Also the fact that Mohnish Behl had given his entire property to Tabu had compelled him more to suspect his wife. When everything was disclosed he decided to divorce his wife and his son also humiliated his mother.
At the end of the film Tabu questioned the character of her own husband who had affairs with many women during his stay abroad. It could be excused just because he was a man. At the same time his incapability could not be made public. Tabu could not beget any child out of the marital wedlock with her husband.
Tabu even questioned the narrow-mindedness of her husband who could not even appreciate the truth of her husband who had disclosed it before him. Had he not mentioned it in the diary the husband would never had known about it. There were so many types of emotions that had be expressed in the film that unless the actress versatile callibre it would have been impossible to express.

Astitva can be considered as one of the greatest performances of Tabu who got a number of critics choice awards for her excellence in bollywood films. The viewers expect her to carry forward the rich legacy of powerful acting which was started by Shabana Azmi and Smita patil and carried forward by Dimple Kapadia.
Posted by Souvik Chatterji at 12:56 PM