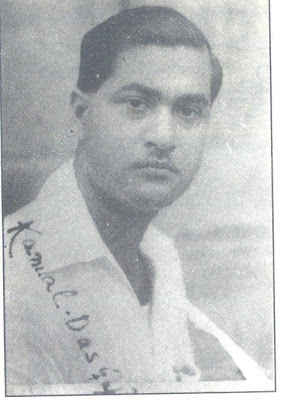 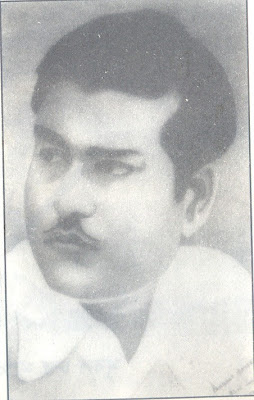 Kamal Dasgupta, the legendary composer of 40s and 50s had brought more variation in contemporary film music and also contributed in the world of modern Bengali songs. Bengali films were at a rudimentary stage when Kamal Dasgupta composed songs for Bengali films. The other composers who also composed music in Bengali films during that period include Himangshu Dutta, Pankaj Mullick, Raichand Boral and others.

Kamal Dasgupta’s composition “kotodin dekhini tomai” became famous in the 40s. It was later sung by even legendary singer Manna Dey. The notable songs of Kamal Dasgupta which were sung by established singers of the 40s and 50s included “prithibi amare chay” sung by Satya Choudhury, “duti pakhi duti teere” sung by Talat Mehmood, to name a few. Singers like Jagonmoy Mitra, Talat Mehmood and Robin Majumdar were greatly influenced by the singing style of Kamal Dasgupta.

Jhuthika Roy, an eminent female singer of the 40s and 50s was also influenced by the style of singing of Kamal Dasgupta. At that time Robin Majumdar was a popular matinee idol in Bengali films. His films like Bhangagora, Kobi, Joideb with Asitboron, addressed the common mass who were not that interested in historical films which were the other type of films that were made at that time. Jhuthika Roy had famous basic discs for devotional songs in the early 40s and 50s.

In Dhaka, Kamal Dasgupta worked on songs of Poet Kazi Nazrul Islam. Under his patronage, Feroza Begum became one of the leading singers of Nazrul Geeti of all times. But Kolkata lost one of the creative genius Kamal Dasgupta as he settled in Dhaka (Bangladesh).

In the 50s and 60s many legendary composers like Robin Chatterji, Sudhin Dasgupta, Salil Choudhury, Anupam Ghatak, Anil Bagchi, etc., made notable contribution in Bengali music and they are considered the biggest giants of modern songs. But historians agree that Kamal Dasgupta’s music was very relevant during the 40s, when film was at its infancy and Bengali modern songs at its immature stage. Kamal Dasgupta’s works should be restored and preserved.
Posted by Souvik Chatterji at 10:11 AM