The fight for best actress award in Zee Cine Awards 2012 is between Vidya Balan and Kareena Kapoor. 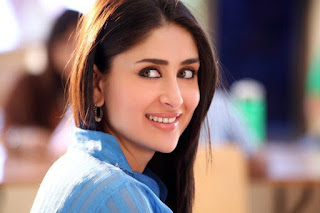 Kareena Kapoor in Bodyguard
The fight for best actress award in Zee Cine Awards 2012 is between Vidya Balan and Kareena Kapoor.

The nominations for Zee Cine Awards 2012 that is going to take place in Macau on 29th January, 2012 had been announced. The fight for the best award is between Vidya Balan for Dirty Picture and Kareena Kapoor for Bodyguard. Although Priyanka Chopra in Saat Khoon Maaf, Katrina Kaif in Zindagi Na Milegi Dobara and Kangana Ranaut in Tanu Weds Manu had got nominations in the same category, the chances of them winning the award are very remote. Kareena Kapoor and Vidya Balan had been the best actresses of the year.

Salman Khan and Shahrukh Khan are the contenders for the best male actor award. Sharukh Khan got 2 nominations for Ra One and Don 2, but his performance in Don 2 had been appreciated more. Salman Khan had given 2 great blockbusters in 2011 Bodyguard and Ready. But he had been nominated for the best actor for the film Bodyguard. This year he deserves the award. Shahrukh Khan had got 2 nominations for Ra one and Don 2 and he is also the host of the show to be held in Macau on 29th January, 2012. Ajay Devgan for Singham, Hrithik Roshan for Zindagi Na Milegi Dobara and Hrithik Roshan for Rockstar are the other nominees for the best actor.

The best film is to be chosen between Bodyguard, Don 2, Singham. All these films had done great business during the year. The directors of these films Siddique, Farhan Akhtar and Rohit Shetty deserve best director award. It is interesting to see who gets the award.

Posted by Souvik Chatterji at 9:10 PM