Agneepath had already done business worth 65 crores in first week. 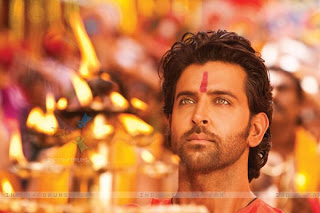 
Agneepath had already done business worth 65 crores in first week.

The film Agneepath had already done business worth Rs 65 crores in the first week of its release. There are different reasons for its immense success. Sanjay Dutt and Rishi Kapoor were given very stylish looks. Rishi Kapoor was excellent in the role of Rauf Lala. He had probably acted in a negative role for the first time.

Sanjay Dutt made everyone flabbergasted with his fiery performance. He had overshadowed every other actor in the film. He had been the star of the entire film. The evil mind had been depicted by him in a very crude way.

Hrithik Roshan was all in one. He was looking extremely macho-like star. He expressed his emotions in style.He also showed the viewers that he could excel in action and emotions in a film where there was not much scope of dancing.

The music of the film was excellent with Ajay Atul providing catchy tunes like “chikni chameli” sung by Shreya Ghoshal. Katrina Kaif in the dance number gave an awesome performance. Lastly the photography of director Karan Malhotra had been excellent with brilliant locations in Diu.

It is great to record that Hrithik Roshan’s film is definitely going to do business of more than 100 crores. Previously it was the charishma of Salman Khan which were pulling films like Dabaang, Bodyguard beyond 150 crores. Hrithik Roshan had got into that club, although the success is a mixed success of Hrithik Roshan, Sanjay Dutt and Rishi Kapoor.
Posted by Souvik Chatterji at 8:55 PM

Hrithik Roshan should have joined the 100 crore club much earlier. It is great that Agneepath had done business more than 100 crore like Salman Khan's Bodyguard in 2011.
Souvik Chatterji.