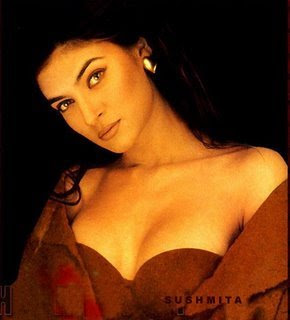 Salman Khan had entertained the viewers with his diversified performances in bollywood films for the last 20 years. But his romantic performance opposite Sushmita Sen had been well appreciated by the audience. The pair had done well in the film Bibi No. I, where Karishma Kapoor played the role of Salman’s wife, and Anil Kapoor and Tabu were friends of Salman. Salman went to Switzerland and had an affair with Susmita that led to his separation with Karishma. But at the end of the film he could not live with Sushmita, as he understood that she was not fit to fulfil the responsibilities of a wife like taking care of the mother and rearing up the children, etc. The songs in the film like “isq sona hai”, “chunari chunari” became landmark hits. Both Salman and Susmita did very well in the film Maine Pyar Kyun Kiya, where Katrina Kaif was the other performer. Salman told Katrina that he was married and wanted to give divorce to his wife to marry her. When Katrina got the information she wanted to meet his wife and Salman asked Susmita to pretend as his wife. Salman went on providing false stories and when Katrina came to know about the children of Susmita, she went to meet them. It was a fun-filled comedy film with hit songs like “laga laga lag re”, “just chill chill”, etc. The combination was sublime in the film Tumko Na Bhool Payenge. Salman and his friend were great shooters and they were used by the Home Minister to shoot his rival. Salman loved Susmita, but his friend shot him and married her. Salman got a new life but he lost his memory. He was supported by Diya Mirza. The major part of the film showed how Salman got back his memory. Salman again returned to Bombay and discovered the truth. He faced his friend and in the encounter Susmita died. The songs in the film “tumsehi pyar ho gaya re” sung by Sonu Nigam became a big hit.

Salman Khan and Susmita Sen are expected to act together in other films in future, as they are well accepted by the viewers.

Posted by Souvik Chatterji at 3:43 PM

The dance sequence in "just chill chill" was very entertaining. In fact Susmita kept the comedy flavour of the film Maine Pyar Kyun Kiya alive with her performance opposite Salman and Katrina Kaif.
Supriya Chatterji.