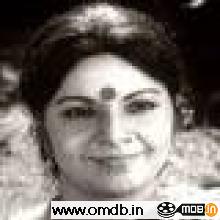 Lily Chakravarty and Anamika Saha stormed Zee Bangla Banglar Sera Poribar.
Actresses Lily Chakravarty and Anamika Saha stormed Zee Bangla Banglar Sera Poribar on 5th October, 2012. Prasenjit Chatterjee invited them in the show and they played with their entire families.
Prasenjit Chatterjee asked many questions to Lily Chakravarty, a veteran actress of many Bengali films in the Katakuti Round. She said that she started acting in the stage in the play Shreyasi. In that play all the stalwarts of Bengali film industry played important roles. The list was very long. She faced Chabi Biswas, Kamal Mitra, Bosonto Choudhury, Sabitri Chatterjee, Bhanu Banerjee and others in the play Shreyashi. Although she was a newcomer in those days, the veteran actors and actresses they made her feel that. They helped her in every way.
Prasenjit Chatterjee showed many clippings of successful Bengali films and asked questions from them. A scene from the film Sare Chuttor was shown. In that scene Tulsi Chakravarty was shown communicating with his daughter and asking her to call her mother Malina Debi. The question was what was the name of the daughter of Tulsi Chakravarty in the film? The answer was Charu.
A number of questions were also asked to Anamika Saha about her acting career. A scene was shown from the Bengali film Bosonto Bilap. In that scene Aparna Sen was talking with Sibani Ghosh. Chinmoy Roy entered into the ladies hostel in that scene. The question asked was how many names of characters were asked in that scene? The celebrities gave right answers to most of the questions. Prasenjit Chatterjee gave a lot of respect to the senior actresses and said that the Bengali film industry was like a family.
Posted by Souvik-indrajalik at 8:06 AM