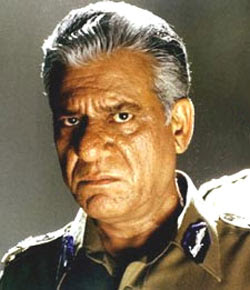 Happy birthday to actor of actors Om Puri.
The viewers of bollywood films wish happy birthday to actor of actors Om Puri on 18th October, 2012. Om Puri, along with Naseeruddin Shah used to be considered and is still considered the most versatile actor of all times. Born on 18th October, 1950, Om Puri learned acting from Film and Television Institute of India. He was an alumnus of 1973 batch of Delhi School of Drama along with Naseeruddin Shah.
He was the automatic choice of the greatest directors of Indian films like Satyajit Ray who did cast him in Sadgati, Govind Nihalini who had cast him in Aakrosh, Ardha Satya, etc., Ketan Mehta who had cast him in Mirch Masala, Gulzar, who had cast him in Maachis, to name a few.
But when question came in relation to awards, critics feel that Om Puri, did not receive the recognition he deserved. He received national awards for best actor for his performance in the films Arohan and Ardhya Satya. But there is no justification as to the fact why did not receive a national award for his lifetime performance in the film Aakrosh. He did not have a single dialogue, and in a mute role, he expressed his agony, which was at par with some of the best Hollywood actors of all times.
His performance in Satyajit Ray’s film Sadgati requires special mention. He died at the end of the film while cutting wood for cremation purposes for Mohan Agase in the film. He made the classic literature of Munshi Premchand immortal with his performance. He was sublime in Mirch Masala. He was outstanding in Tamas.
Although he won a number of international awards, that does not justify his immense acting skills. He won the Karlovy Vary International Film Festival Award for his performance in the film Ardhya Satya in 1984. He won Brussels International Best Film Actor award in 1998 for his performance in the film My Son the fanatic.
Even his performance in commercial films like Ghayal or Gupt or China Gate requires special mention. In the last 10 years he had featured in every alternate films including Gulzar’s Maachis, Priya Darshaan’s Malamaal Weekly, Raj Kumar Santoshi’s Pukar, Sohail Khan’s Dabaang. His performance in small roles in landmark films like Richard Attenborough’s Gandhi had amazed everyone.  In the last few years his performance in Saif Ali Khan’s film Qurbaan, Ashay Kumar’s film Action Replay had been very impressive.
Even in commercial films like Salman Khan’s Dulhan Hum Le Jayenge, Om Puri played the role of a wrestler very well. He balanced the performances of Paresh Rawal and Anupam Kher. In 2011, viewers are waiting to see his performance opposite Shahrukh Khan in the film Don 2 – the chase continues.
The viewers and critics feel that Om Puri should continue his brilliant work irrespective of adequate justice being done through the awards, because his actual admirer are the immense number of viewers who had always considered him a genius of genius. In 2012, he played an important role in the film Kamaal Dhamaal Malamaal with Nana Patekar and others. The viewers expect him to continue the dream run in respect of powerful performances.
Posted by Souvik-indrajalik at 3:00 PM