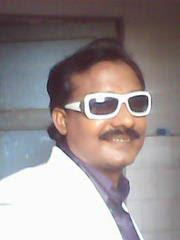 Raju Middya showed the way a drama actor (jatra actor) in Bengal would have talked if he would have been a bus conductor in a private bus of Bengal. Paran Banerjee, the judge commented that Raju Middya’s performance had the flavor folklore of villages of Bengal.

Vicky and Partho were excellent on 18th October, 2011. Partho played the role of blind Dhritarashra of Mahabharata. Vicky asked witty questions and Partho replied to them in the most funny style as possible. Paran Banerjee, Rajatavo Dutta and Srilekha Mitra gave standing tribute to Vicky and Partho. Mir Afsar Ali said whenever Boris Becker, Steven Edberg used to make comeback, the media flashed about them, so he wanted to mention that Vicky and Partho had made a comeback.

Sangeet Tiwary and the other performers also did extremely well. Biswajeet Chakraborty said their experience in Hongkong during the shooting of Sandip Ray’s Tintorettor Jishu. Bibhu Bhattacharya who died very recently selected a food item and later realized that it was a preparation of octopus. Paran Banerjee also disclosed the details of the lunch experience.
Posted by Souvik-indrajalik at 8:22 AM