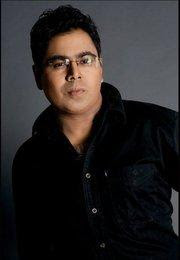 Mithun Chakravarty asked questions in every round. There had been new names of rounds if compared with Dadagiri program previously anchored by Sourav Ganguly. The new names included pack up or panga, quick or quack, etc. A clipping was shown of Mir’s acting in the film Bong Connection.

Mithun showed a clipping of football player David Viya (villa) of Spain and the question was asked to Anindya Banerjee. He could not answer it. Mir was asked about the singers of the song “ay khuku ay”. Mir answered that the song was sung by Hemanta Mukherjee and Srabonti Majumdar. A clipping was also shown from Mithun’s film Jaag Utha Insaan, where Sri Devi acted opposite Mithun Chakravarty. 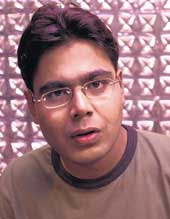 Posted by Souvik-indrajalik at 8:59 AM