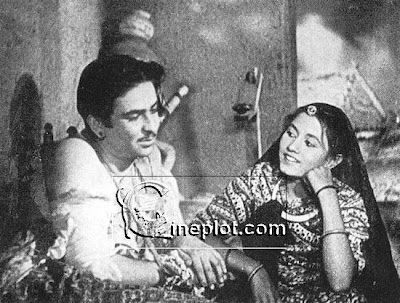 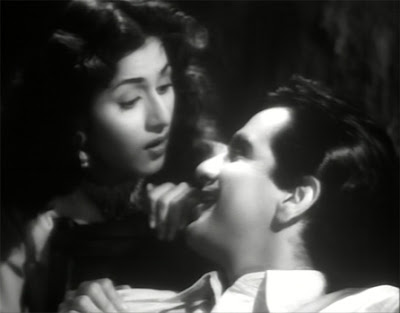 The viewers of bollywood films wish happy birthday to legendary actress and Beauty Queen Madhubala on 14th February, 2011. She had glorified bollywood films of the 40s, 50s and 60s.

She stormed bollywood with her spooky character in the film Mahal in 1947. The song “ayega anewala” sung by Lata Mangeshkar and composed by Khemchand Prakash was a milestone in Indian cinema. Lata rose to fame with that song. The film became extremely successful.

In the 40s, she acted in a number of films opposite Raj Kapoor including Neel Kamal, Chitor Bijay, etc. Her films opposite Dilip Kumar like Amar and Sangdil became big hits. She came to number one position with the film Mr. and Mrs 55 opposite Gurudutt. All the songs in the film composed by OP Nayyar became super hit including “thandi hawa”, “jane kaha mera”, etc.

Her films opposite Bharat Bhushan became super hit one after the other including Phagun, Barsaat Ki Raat. She gave excellent lips in the songs of the films. Her beauty in Raj Kapoor’s film Do Ustad amazed the viewers. The songs in the film composed by OP Nayyar also became super hit including “nazron ke teer mare kas kas kas”, “tu ladki mai ladka”, etc, picturised on Madhubala and Raj Kapoor.

Mughal-i-Azam was probably the best film of her career in the role of Anarkali. The film had been remade in colour. K Asif spend huge money for making the historical film and all the performers in the film including Madhubala, Dilip Kumar, Prithviraj Kapoor, Durga Khote gave their best. Naushad’s everlasting music still haunts the audience even today. The relationship of Salim and Anarkali was almost a poetry picturized in celluloid.

Madhubala probably acted opposite all the giants of bollywood industry including Pradeep Kumar in the film Rajhath, Shammi Kapoor in the film Boy Friend, Sunil Dutt in the film Jwala, Dev Anand in Kala Pani, Kishore Kumar in the film Chalti Ka Naam Gari, Ashok Kumar in Howrah Bridge. She gave lips in the songs of all the leading singers of the country, including Lata Mangeshkar, Geeta Dutt, Samshad Begum and others.

It is difficult to highlight the contribution of beauty queen Madhubala in a small article who is considered the greatest legend ever along with Meena Kumari and Nargis. The viewers pay their tribute to the romantic actress who died more than 40 years ago and left her immortal presence felt through her performances in bollywood films.
Posted by Souvik Chatterji at 9:50 AM