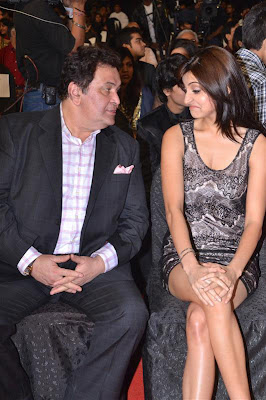 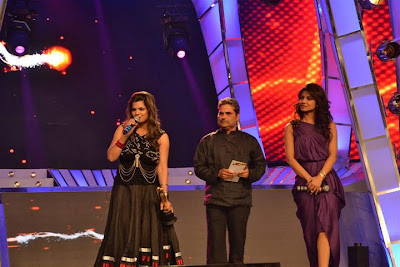 The Uninor Radio Mirchi Music Awards 2010 which were held sometime back had been telecast on Sony TV channel on Sunday, 13th February. Popular singers Sonu Nigam and Shaan hosted the event in their own style.

The majority of the awards were won by the successful film Dabaang, which had won the major number of awards in 2011, including Filmfare awards, Zee Cine awards, Star Screen awards. Mirchi award for the best male playback singer went to Rahat Fateh Ali Khan for the song “tere mast mast do nain” in the film Dabaang. The best female playback singer award went to Mamta Sharma for the song “munni badnaam hui”. The same song got the award for the best newcomer singer female.

Sajid Wajid won the best composer award for their performance in the film Dabaang. Sandeep Shirodkar won the award for the best background score for the film Dabaang. The only peculiarity about the popular choice award lies in the selection of the item number song for the award. In fact the melodious song “tu ne to pal bhar me chori kiya re jiya” sung by Sonu Nigam and Shreya Ghoshal was more romantic than the item number of song. Both Sonu Nigam and Shreya Ghoshal sang the song with romantic appeal.

Gulzar won the award for the best lyricist for the song “dil to baccha hai ji” from the film Ishqiya. Legendary composer Ravi Shankar Sharma won the lifetime achievement award for his immense contribution to bollywood cinema. Instrumentalist Charanjeet Singh won the Jury award for his immense contribution to bollywood music. Raj Kapoor’s Barsaat won the best music album from the golden age. His son Rishi Kapoor accepted the award on behalf of Late Raj Kapoor. He gave an excellent speech about the manner in which lyricist Shailendra started writing songs for Raj Kapoor from the film Barsaat.

There were good performances from Shreya Ghoshal, Bappi Lahiri, Usha Utthup, Priyanka Chopra and others. Sonu Nigam and Shaan conducted the program in excellent manner with humour, charm and elegance.
Posted by Souvik Chatterji at 12:39 PM