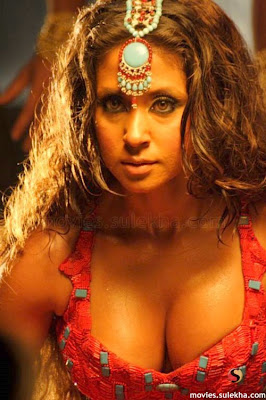 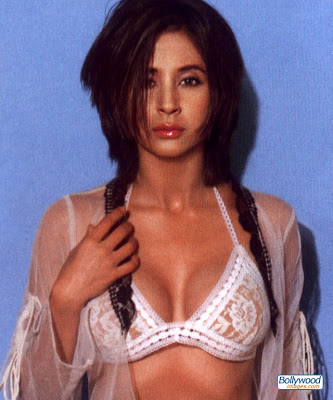 The viewers of bollywood films wish happy to Urmila Matondkar, one of the style icons of bollywood industry on 4th February, 2011. She had entertained the viewers over the last 15 years with her variety of performances.

She has been one of the main contributors of Ram Gopal Verma’s films. Most of his films had been related to supernatural power and horror subject matters. Urmila Matondkar had given spirited performances in those films and amused the viewers. Her performance in the film Bhoot meaning ghost requires special mention. She was tortured and ill-treated by a person and after the death of the soul, the unsatisfied spirits entered Urmila’s body and disclosed the truth relating to the sad event to the people at large. The horror, fear, anxiety, etc., were expressed by Urmila in style. The role was difficult to perform and Urmila did it in style.

Her comedy performance in films like Daud opposite Sanjay Dutt was also appreciated. The film was related to stealing of property and the chase relating to them by Paresh Rawal and his men. Apparently there was hardly any action but serious comedy all along the film where Urmila Matondkar and Sanjay Dutt complimented each other.

Urmila Matondkar acted in different types films. Films like Pinjar were made for the interest of serious viewers. While films like Rangeela addressed the common crowd. Urmila Matondkar exhibited her stylish andaz in the film opposite stalwarts like Amir Khan and Jackie Shroff. It was a superhit film and made Urmila Matondkar a leading star of bollywood.

Even in films where Urmila Matondkar had acted with ordinary make up, the story and her performance impressed the viewers. Films like Jungle being made with the background of Verappan’s jungle expeditions were admired by different sections of the viewers. Even her performance in the film Tehzeeb along with Shabana Azmi attracted the attention of intellectual audience. She had an abnormal sister and both Shabana Azmi and she herself treated her with care.

She received filmfare critics award for best actress in 2004 for her superlative performance in the film Bhoot. She also received starscreen award and Zee-cine awards for her powerful performance in Bhoot in 2004.

She was also sublime in commercial films like Jaanam Samjha Karo opposite Salman Khan. She gave impressive lips in the songs “janam samjha karo”, “o chandni”, etc. which became super hit in the late 90s.

She also had done impressive item numbers in films like China Gate, Lajja, Ram Gopal Verma Ki Aag, etc. In 2008 she played the challenging role in the film Karz, opposite Himesh Reshammiya, the same role which was played by Simi Garewal in Rishi Kapoor’s Karz. Although the film could not rise up to the expectation if compared with Subhash Ghai’s Karz, even then Urmila’s performance was appreciated.

The viewers expect her to continue the good work that she started from her childhood in films like Masoom, and contribute in bollywood films in future.
Posted by Souvik Chatterji at 6:54 PM

hello
"Happy birthday to Urmila Matondkar."
a little late
i am a huge fan of urmila and like her in Jaanam Samjha Karo/ her act as Chandni was wonderful.
Khoobsurat- she played her role, Shivani, excellent, with great actor sanjay dutt.
Kunwara/
Deewangee/
Tehzeeb/
these photo of her are amazing and new.....
Do you know is urmila married or stil single

have a good day

Urmila Matondkar had remained a very talented actress. The performance in the film Bhoot tells the story.
Souvik Chatterji.

Dear Snow Queen,
Thanks for your comments.
Souvik Chatterji.