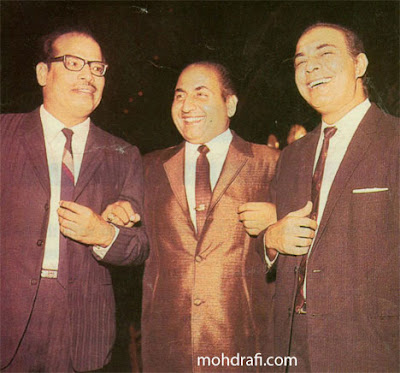 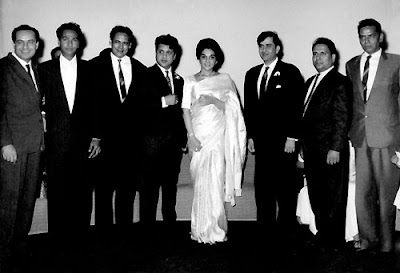 Shankar Jaikishan had utilized the talents of all the leading singers of 40s, 50s, 60s and 70s who glorified the world of playback singing in bollywood films. They have used Rafi, Mukesh, Talat Mehmood, Subir Sen, Hemant Kumar, Mahendra Kapoor, Kishore Kumar, on one hand and among female singers they have used Lata, Asha, Suman Kalyanpur, Sharda, and many other singers. If any composer in bollywood films had done justice to the immense talent of the classical singer Manna Dey then it was Shankar Jaikishan.

Although Roshan, Madanmohan, Salil Choudhury and other composers also used the classical talent of Manna Dey to perfection, Shankar Jaikishan considered him as one of the most versatile singers of all times after Mohammad Rafi. SJ and Manna Dey’s combination should be preserved and restored for future generations.
Posted by Souvik Chatterji at 11:33 AM

SJ's composition for Manna Dey were rich with classical touch on one hand, on the other hand had strong lyrics written by Shailendra and Hasrat Jaipuri, so resulted in commercial success. Had Jaikishan survived for a longer time, the combination could have given more number of quality songs.
Souvik Chatterji.