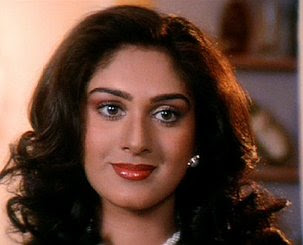 Subhash Ghai saw the spark of acting in Meenakshi Sheshadri and used her in the film Hero in the early 80s opposite Jackie Shroff. The song “ding dong” in the film became landmark hit and both Meenakshi Sheshadri and Jackie Shroff were accepted by the viewers as newcomers. Within short time Meenakshi competed with the other South Indian stars like Sri Devi and Jaya Prada and was considered as one of the leading actresses of late 80s. 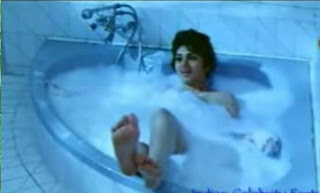 She acted in the hit film of Big B titled Shahehshah and did well. Although it was a male-dominated film with Big B pretending to be police-officer during the day and taking law in his own hands as Shahenshah at night, Meenakshi showed her dancing skills in the song “jane do jane do mujhe jana hai”. She showed her matured acting in the film Joshilay, opposite Anil Kapoor. Sunny Deol and Sri Devi were the other leading pair in the film which was action based.

Raj Kumar Santoshi made the best use of Meenakshi Sheshadri during her illustrious carrier. In Ghayal she played the role of a journalist who published all the illegal work of Amrish Puri in th newspaper who was otherwise considered to be law-abiding industrialist. Sunny’s brother Raj Babbar was killed by Amrish Puri and he was imprisoned with false charges. Sunny came out of prison and took revenge against Amrish Puri and his men with a small team of men. Meenakshi was even kidnapped at the end by Amrish Puri after her publication about created sensation in the city. Meenakshi showed her depth of acting opposite powerful actors of parallel films like Om Puri in Ghayal. 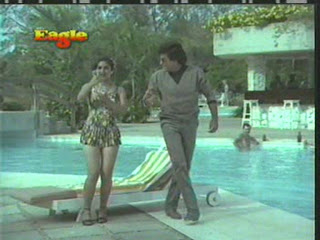 Damini also directed by Raj Kumar Santoshi was probably the best film of Meenakshi. She played the role of the wife of Rishi Kapoor. She saw the maid servant in their house being raped by the brothers of Rishi Kapoor and gave her testimony before Court of law.

The entire familymembers of Rishi Kapoor pressurized her to withdraw her statement before Court of law and when she refused to do so, she was proved to be insane by Amrish Puri, the Defense Counsel. Sunny Deol, who played the role of the opposite Counsel helped her in her fight against evil. Ultimately she gave her testimony against all he odds and showed the Court that whenever these types of cases are tried, the objectionable questions asked by the lawyers to the victims and their supporting witnesses make the tragic incident a mockery. Meenakshi proved that even good scripts were offered to her she had the capability of performing challenging roles like Shabana Azmi or Smita Patil. 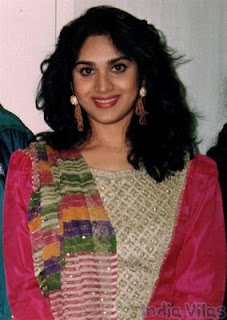 Her other hit films include Meri Jung opposite Anil Kapoor, Ghatak, opposite Sunny Deol, Akela opposite Big B, etc. Shedid her MA while acting in films and her academic skills helped her in the performance in dynamic roles. She left films in the mid-90s. The viewers experct her to make a comeback in bollywood films in character roles in future.

Posted by Souvik Chatterji at 9:47 AM

Meenakshi belonged to the same gharana of acting which were displayed by Shabana Azmi and Smita Patil in the 70s and 80s. Meenakshi proved her talent in films like Damini, Ghayal, Ghatak, etc. If she had got more challenging roles she could have done even better.
Souvik Chatterji.

Meenakshi Sheshadri was the most beautiful and the worst actress of bollywood....she was very beautiful to look at but had NO acting skills....

Meenakshi Sheshadri was the most beautiful and the worst actress ever in Bollywood....She was a beautiful face with a beautiful body but had NO acting talent....