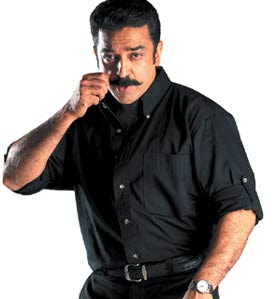 Kamal Hassan had his birthday on 7th November. All the readers of Station Hollywood and the associated people wish him happy birthday. He had been one of the most gifted actors of South Indian films who had impressed bollywood viewers during the 80s.

In the early 80s, his film Ek Duje Ke Liye stormed bollywood with the innovative story and powerful music. He entered into an affair with a hindi speaking girl whose language he could not understand at the beginning. The parents of both the family were against the marriage of Kamal Hassan with Rati Agnihotri. So they committed suicide and died together. The music of LP with Lata’s song “hum bane tum bane” stormed bollywood in the early 80s and film became superhit inspite of negative ending. 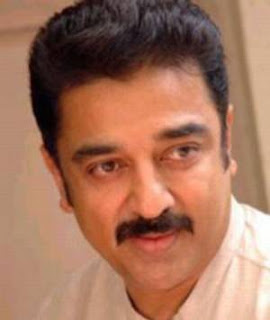 With hit films one after the other like Greftaar Kamal Hassan created a steady box-office in bollywood films. His own production in Chachi 420, not only showed his acting capability but more than that he had shown his choice of casting in the film which had almost all the stalwarts of bollywood films like Om Puri, Paresh Rawal, Amrish Puri, Tabu, to name a few. The comedy displayed in the film was of very high standard and the script in the film had intellectual dimension. Johnny Walker at his old age was given a very impressive role.

Kamal Hassan was even excellent in films like Nayakan, and other South Indian films, where the language was also under his command. Even considering the success of Kamal Hassan in films like Sadma (opposite Sri Devi), it is sometimes felt that the bollywood directors did not utilize the talent of Kamal Hassan to the fullest extent. 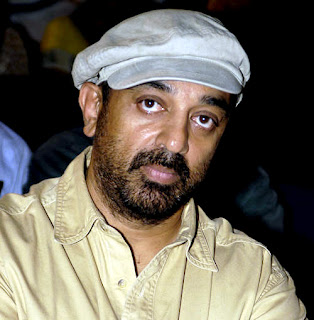 Not only that he was exceptional in understanding the characters he played he was an exceptional dancer and amazed the viewers in action sequences too. May be that he had appeared in films too late, not at the time when Shyam Benegal, Govind Nihalini and other renowned directors made classic films like Akrosh, Bhumika, etc.

The viewers of Indian films expect Kamal Hassan to contribute more in bollywood films in character roles where he can show his range and capability. He had been an institution by himself and is an inspiration for the new generation of actors.
Posted by Souvik Chatterji at 12:38 PM