Has Rani Mukherjee lost the No. 1 position in bollywood?

Has Rani Mukherjee lost the No. 1 position in bollywood? 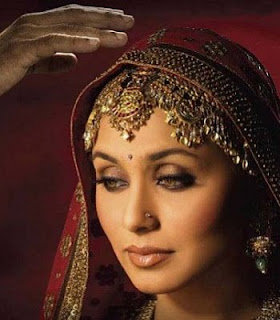 Viewers wonder what happened to Rani Mukherjee in 2008, who was maintaining the no. 1 position in bollywood films even till 2006. She was the automatic choice of different types of directors including Karan Johar, Sanjay Leela Banshali and others. Not only her films became hit but her performances received critical acclamation.

She was well appreciated for her performance in the film Kuch Kuch Hota Hai, directed by Karan Johar. All the songs in the film became superhit including “ladka bara anjana hai”, “kuch kuch hota hai”, “koi mil gaya”, etc., where she matched Shahrukh Khan and Kajol with her soft performance. She followed it up in action films like Badal and Bicchu opposite Bobby Deol. Both these films were related to terrorism and corruption in the Narcotics Identification Sqaud. She adjusted herself to the requirement of the film in a very good manner. The huskiness of her voice never stood in the way for giving versatile performances. 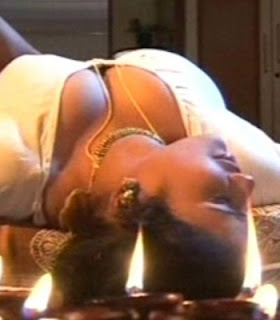 She did extremely well in the role of advocate in the film Veer Zara. She released Shahrukh Khan from a prison in Pakistan after he was falsely imprisoned on charges of being involved in anti-national activities. Although Preeti Zinta had the lead role opposite Shahrukh Khan and the film revolved around the theme of cross-border relationship between an Indian and a Pakistani, Rani Mukherjee was probably the best performer in the film. Her submission in the court opposite Anupam Kher requires special mention. 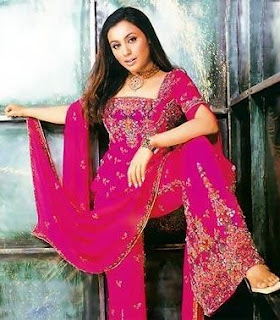 Rani Mukherjee was brilliant in the film Black where she played the role of a blind girl, who learned the art of identifying things from Big B who also gave a landmark performance in the film of Sanjay Leela Banshali. If these films had received great reviews from critics then there are other films where Rani Mukherjee had helped the producers huge profits from blockbusters.

Her combination with Abhishek Bacchan in a number of films had resulted in the film becoming super hits. Bunty Aur Babli became a runaway hit with hit songs like “bunty aur babli”, “dharak dharak”, “karja re kajra re” composed by Shankar Ehsaan Loy. The film had the backing of tremendous performance of Big B also in the role of a powerful police officer.

Rani Mukherjee did extremely well in the film Yuva, opposite Abhishek Bacchan. Her lips in the song “kabhi neem neem” was also appreciated by the viewers. With hit films one after the other under her belt including Nayak, opposite Anil Kapoor, Chori Chori Chupke Chupke opposite Salman Khan, she had the no. 1 ranking in bollywood till 2006. 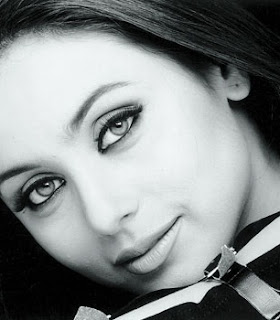 The moment the news circulated relating to the marriage of Abhishek Bacchan with Aishwarya Rai spread, the bollywood industry became indifferent towards Rani Mukherjee. Not only that she had faced competition from younger actresses like Katrina Kaif, Kareena Kapoor, Priyanka Chopra, Lara Dutta, but more than that her films released this year like Thoda Pyar Thoda Magic, opposite Saif Ali Khan had not created any great impact the way it did two years back. The viewers know that she still has a lot of acting left in her and can make a strong comeback in the years to come.
Posted by Souvik Chatterji at 11:33 AM

Viewers of bollywood films have very short memory. The star whom they show their favour, they forget the person within a year. Rani Mukherjee has to act in any super hit film very soon to make her presence felt. Katrina Kaif, Kareena Kapoor, Prianka Chopra, etc., have a very steady box-office and Rani Mukherjee has an uphill task of regaining her position in bollywood.
Souvik Chatterji.

She needs to act in an epic movie..then she will definetly make a great comeback...that with a couple of good love stories...and also Bollywood needs to stop being copycats and stick to being authentic and original..thats what made their movies interesting...nowadays the movies are boring..and they try to be funny when all it does is leave the audience feeling like ''what the hell is going on''!