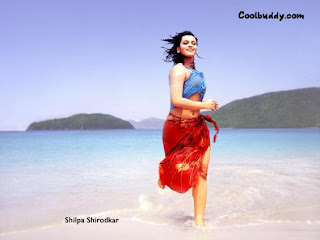 All the viewers of bollywood films wish Shilpa Shirodkar happy birthday on 20th November, 2008. She made her presence felt in bollywood films in the early 90s. Most of her films were successful also.

She was very sublime in her role in the film Gopi Kishen. Sunil Shetty played a double role in the film with one person being smart and the other one utterly foolish in nature. The simple person was the constable and married Shilpa Shetty in the film who was more intelligent than her husband. She spoke broken English with funny accent which was enjoyed by the viewers. Karishma Kapoor was involved with the twin brother who was smarter. The songs of the film were successful as well and due to drama, comedy and action the film did good business.

Shilpa Shirodkar got a docile role in Big B’s film Hum. Although Big B had the prominent role in the film just like any other film in the late 80s and early 90s, but Shilpa Shirodkar got the role of the daughter of Kader Khan who was a military officer. He wanted his daughter to be married to only a military officer. Shilpa had an affair with Govinda, the brother of Big B, and he pretended to be a military major to get his brother married to Shilpa. The entire playacting was in vain as the truth was unfolded. The film had other issues of taking revenge against Danny, but Shilpa’s performance was impressive in the action film. 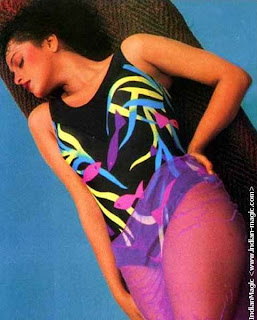 She also played a docile role in the film Kishen Kanhaiya, with Anil Kapoor. In this film Anil Kapoor played a double role of twin brothers. The film was made with the same formula with which other hit films relating to double roles were made in the past like Ram Aur Shyam with Dilip Kumar in the 60s, Seeta Aur Geeta with Hema Malini in the 70s, Chaalbaaz with Sri Devi in the 80s. The smart brother played by Anil Kapoor was involved with Madhuri Dixit while the timid brother married Shilpa Shirodkar and were beaten up by Amrish Puri and others for most part of the film. 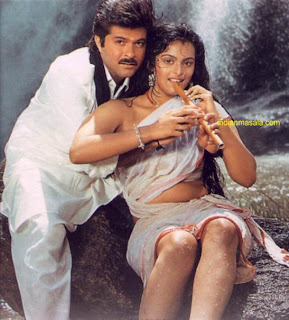 In the late 90s, Shilpa Shirodkar added weight and faded away from the bollywood industry. Her sister Namrata Shirodkar acted in many hit films in that period including Vastav, opposite Sanjay Dutt, Aghaaz, opposite Sunil Shetty, Pukar, opposite Anil Kapoor and many other films. 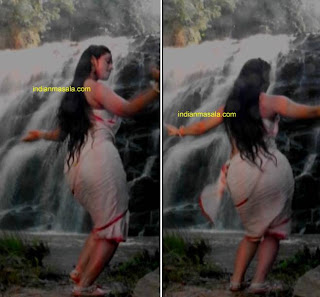 There is no doubt that Shilpa Shirodkar still had acting left in her. The viewers wish on her birthday that she should make a comeback in bollywood films in character roles in future.
Posted by Souvik Chatterji at 11:28 AM