Review of the film Dostana.

Review of the film Dostana. 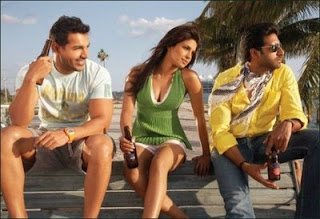 Dostana is the new film produced by Karan Johar which is awaiting release in the mid November. The moment the name of Karan Johar comes into play, viewers immediately think about Shahrukh Khan. Shahrukh Khan had featured in nearly all the hit films of Karan Johar including Kabhi Khushi Kabhi Gham, Kuch Kuch Hota Hai, Kabhi Alvida Na Kehna. 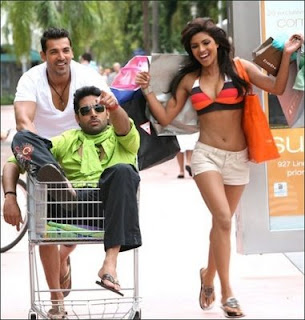 Both Abhishek Bacchan and John Abraham pretended to be gays in the film to convince the landlady so that they could enter into an agreement to stay in the apartment of the landlady on rent. But all their commitments are forgotten once they see and meet Priyanka Chopra. They got involved in friendship and the locations of the sunny beaches of Miami were used for showing their story.

All of a sudden Priyanka’s boss played by Bobby Deol entered the scene and created further complications. He also had attachment towards Priyanka and never wanted her to get involved with John Abraham and Abhishek Bacchan.

Tarun Mansukhani had directed the film and he had used the exotic locations of Miami to perfection and the shots in the film would impress any section of the crowd. Very significantly the music of the film was given by Vishal Shekhar. The song that had already being promoted before the release of the film include Desi Girl. The other notable songs include “jane kyun”, “khabar nahi”, “kuch kum”, “shut up and bounce”.

Shilpa Shetty also made a guest appearance in one of the songs and did her part quite well. Karan Johar in the previous years had used Shankar Ehsaan Loy and they had provided extremely hit tunes in the last few years including the tunes for the songs “mitwa”, “kabhi alvida na kehna”, “it’s the time to disco”, etc. Karan Johar had given a chance to Vishal Shekhar this time. Already the young pair of composers had provided innovative tunes in the film Bacchna Aye Haseeno. Their compositions in Dostana also has promise. 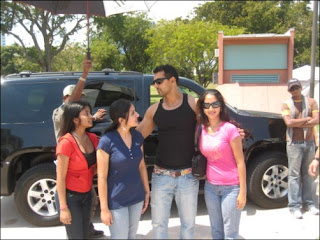 The only concern is with respect to the popularity of Abhishek Bacchan, John Abraham, etc., in the bollywood films. The viewers had not found any impressive work from them this year and none of their present films had become super hits. Taking that into consideration the entire burden of pulling the film through is on the shoulders of Priyanka Chopra who had done well and on whole Dostana has the elements of impressing the crowd and doing good business.
Posted by Souvik Chatterji at 5:12 PM