Can Housefull bring back the stardom of Lara Dutta? 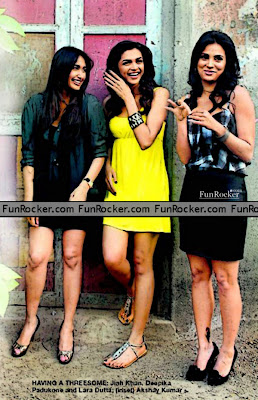 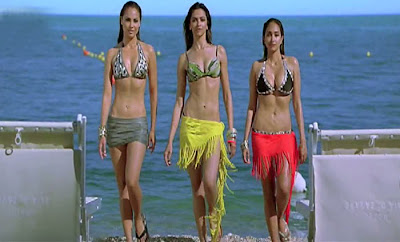 Can Housefull bring back the stardom of Lara Dutta?

April is the birthday month of Lara Dutta. She was born on 16th April, 1978. Lara Dutta is perhaps one of the most underrated actress of bollywood films in recent years. She possessed same amount of talent like that of Priyanka Chopra, yet could not attain the level that Priyanka attained within the short time. During the month of her birthday, viewers wonder whether Housefull will bring back the stardom of the attractive actress.

She started her career with Priyanka and Akshay Kumar in Andaz and showed a lot of promise. But after doing great job in films like Bardasht opposite Bobby Deol, Zinda opposite Sanjay Dutt, Bombai Se Aya Mera Dost with Abhishek Bacchan, some way or the other lost focus.

She was also not as lucky in respect of bagging important roles like Priyanka Chopra. She showed her standard of smartness and comedy instincts in films like No Entry and Partner.

No Entry is probably one of the greatest hits of Lara Dutta till now. She balanced the comedy instincts of Anil Kapoor and did outcast Bipasha Basu, Celina Jaitley and Esha Deol in the film. Her lips in the main songs in the film were also appreciated.

She was sublime in Partner opposite Salman Khan. Her lips in the songs “maria maria” and others did attract the viewers. Her acting was equally realistic. In 2009, she even showed her daring nature in accepting a role of village girl opposite Irfan Khan in the film Billu Barber. She acted hardly without any make up and brought out the innocence of a village girl in the film.

The big question lies in the minds of people whether Lara Dutta can get her stardom back with her performance in the film Housefull. She had learned scuva diving and showed acrobatic stunts which hardly any actress had done in Indian celluloid till now for the performance in the film Blue. Besides she had acted with Katrina Kaif, the reigning queen of bollywood in the same film. But inspite of her performance opposite her in that film being appreciated by the viewers, Blue was considered the biggest flop of Akshay Kumar and bollywood films released in 2009. After huge amount money being spend in underwater shooting the viewers could not appreciate the great pains taken by the entire team of Blue.

Let us hope that Lara Dutta retains her popularity with the film Housefull and provide stiff competition to Priyanka Chopra and Katrina Kaif in future.
Posted by Souvik Chatterji at 6:57 PM