Rafi and Roshan created history with melody in 60s. 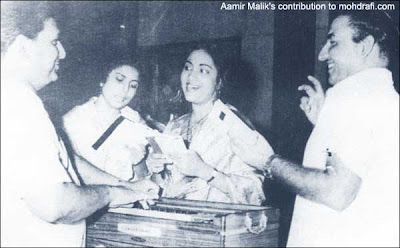 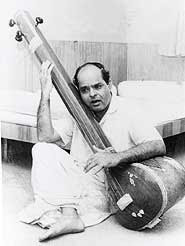 Rafi and Roshan created history with melody in 60s.

Roshan Lal Nagrath, better known as Roshan was born in Gujranwala on 14th July, 1917. His lessons from Ustad Allauddin and Sarangi King Bundu Khan transformed himself into regular composer of All India Radio in the 40s.

He started his career as composer in bollywood films with the film Neki Aur Badi in 1949. In the early 50s Mukesh and Talat Mehmood featured in most of the films of Roshan. Some of the hit songs included “khayalon me”, “sun bairi balam” from Bawre Nain, “tare toote duniya dekhe” from Malhar. Although he had success in the films Shisham, Anhonee, Malhar, etc., his immense talent did not get recognition until he used the man with the golden voice Mohammad Rafi.

Roshan stormed bollywood music with brilliant composition in the film Barsaat Ki Raat. The romantic film of Bharat Bhushan and Madhubala did fantastic business. Roshan’s brilliant use of sarangi was evident in Rafi’s song “zindagi bhar nahi bhulenge woh barsaat ki raat”. The song was sung by Rafi and Lata at different time in the film. Barsaat Ki Raat was also known for the famous qawalli “na to karwaki talash hai” and “yeh ishq ishq hai isqh ihqh” where Rafi and Manna Dey were equally brilliant. Sahir Ludhiyanvi also made brilliant use of words in the songs of the film.

In 1962 Roshan amazed the listeners with the brilliant composition in the film Aarti. Pradeep Kumar, Ashok Kumar and Meena Kumari played the lead roles in the film. The film had every type of song including folk song and ghazals. The song “baar baar mohe kya samjhaye” sung by Rafi and Lata had complete balance of melody and rhythm. The slow numbers in the film like “ab kya misaal doon mai tumhare shabab ki” sung by Rafi and “aapne yaad dilaaya to mujhe yaad aya” sung by Rafi and Lata can be considered to be some of the best ghazals in the entire 60s. Lata’s song “baharon ki manzil rahi” was equally brilliant.

Roshan used Mukesh and Manna Dey in Raj Kapoor’s film Dil Hi to Hai. The song “laga chunari me daag chupayun kaise” was a fine example of classical excellence in the film where Manna Dey showed his class.

Roshan received filmfare award for the best composer for his landmark creation in Pradeep Kumar’s Taj Mahal. All the songs of the film displayed the royal andaz of songs sung during the mughal period. Pradeep Kumar played the role of Shahjehan and Bina Roy played the role of Mumtaz Mahal. Rafi’s duet with Lata “jo wada kiya hai nibhana parega”, was as outstanding as Rafi’s song “paon chulenedo phoolon ko inaayat hogi”. The use of sarangi require special mention in the song “jo baat tujhme hai teri tasveer me nahi”.

The Rafi Roshan magic continued in the film Chitralekha in 1964. Rafi’s song “man re tu kahe na dhir dhare” is still considered to be one the most landmark bhajans of all times. Roshan was at his best in the film Bheegi Raat. Rafi made the audience stand up on their feet with the song “dil jo na keh saka”. The same song was sung by Lata too in the film. Rafi presented the other ghazal in the film in style titled “jane woh kaun hai kya naam hai in ankhoka”.

It is not possible to highlight the significance of Rafi Roshan combination of the 60s in a small article. Separate articles can be written on the music of the films Surat Aur Seerat, Dooj Ka Chand, Bedaag, etc. It was very amazing that Roshan had just received only one filmfare award in his illustrious career. The music of Taj Mahal, Bheegi Raat, Barsaat Ki Raat could qualify for national awards in the respective years. Roshan died in 1969 and the royal combination of Rafi and Roshan also ended with it.

The films and the songs require re-examination, restoration and preservation.
Posted by Souvik Chatterji at 7:41 AM