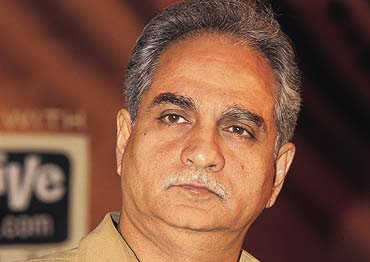 The viewers of bollywood films wish happy birthday to Ramesh Sippy on 23rd January, 2010. He had been a trend setter in the history of action films in India and was followed by majority of directors of the contemporary period.

Being the relative of GP Sippy, he was associated with hit films from the early part of 70s. The film Andaz with Shammi Kapoor and Hema Malini became a musical blockbuster due to the brilliant tunes created for the film. Shankar Jaikishan composed music of the film and the major songs for the film sung by Rafi like “hai na bolo bolo”, “re mamma re mamma”, “dil use do jo jaan de de” became super hit. Seeta Aur Geeta was another super hit film released in 1972. Hema Malini in a double role was as brilliant as Dharmender and Sanjeev Kumar in their respective roles.

In 1975, Ramesh Sippy made the film of his life, which became the most popular entertainer in the entire millennium. The film was related to the dominance of dacoits in the north and central Indian villages. Amzad Khan in the role of Gabbar Singh gave the best performance of his career in the role of the leader of the dacoits. Sanjeev Kumar showed astounding personality in the role of a thakur of the village who lost his two hands and his entire family in his fight against the dacoits. Amitabh Bacchan and Dharmender being two thieves fought against the dacoits and freed the village from their menace. Ramesh Sippy’s casting in the film including heroines like Hema Malini and Jaya Bacchan, comedians like Asrani, Jagdeep was brilliant. The music of RD Burman mesmerized the viewers with songs like “jab tak hai jaan”, “mehbooba mehbooba”, “holi ke din”, etc.

Ramesh Sippy continued his brilliance in another action film Shaan in 1980. Big B, Shashi Kapoor, Shatrughun Sinha, Kulbhushan Kharbanda, Majhar Khan all were their best in the film. The scene where Sunil Dutt as chased by dogs in the films, was extraordinary and the viewers could not distinguish whether they were seeing Hollywood films or bollywood films. Vindya Goswami and Parveen Babi were at their best in the respective romantic roles. The music of RD Burman was brilliant with hit songs of Rafi, Kishore like “janu meri jaan” and Asha like “pyar karne wale”, to name a few.

Ramesh Sippy was equally evergreen in romantic films like Saagar. He balanced the romantic performance of Rishi Kapoor, Dimple Kapadia and Kamal Hassan in the same film. It is not possible to highlight the achievements of giant director like Ramesh Sippy in a small article considering his success even in the early 90s in films like Akela.

For more than 20 years he was the path-breaker in action films and his films should be preserved and restored to teach the art of film making for the upcoming directors.
Posted by Souvik-indrajalik at 11:25 AM