It is very strange that Kurbaan did mediocre business. 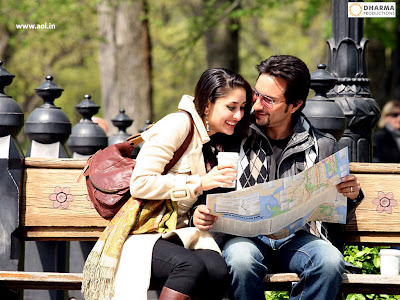 It is very strange that Kurbaan did mediocre business.

Amongst the big budget films of 2009, Kurbaan was one of the films which did not do great business. The film had message relating to evil effects of terrorist attacks. Rensil D Silva experimented with Saif Ali Khan and Kareena Kapoor in the film Kurbaan. Karan Johar produced the film with the backdrop of terrorism.

In the film Kareena Kapoor who previously lived in US returned to India after her father had cardiac arrest. Kareena Kapoor met with Saif Ali Khan when they were in Delhi University and fell in love with one another.

Kareena Kapoor later found out that Saif Ali Khan was involved in the same terrorist activity in which Om Puri and others were involved. Saif Ali Khan kept Kareena Kapoor under house arrest and threatened her that in case she disclosed anyone about the conspiracy, her father in India would be killed. The flight exploded and everyone in the flight was killed.

Vivek Oberoi joined the terrorist group with the mission of taking revenge against Om Puri, Saif Ali Khan and others. Om Puri preponed the plan of blasting three subway stations in New York. Ultimately Saif Ali Khan sacrificed his life to save Kareena Kapoor and the child in the mother’s womb.

The music composed by Salim Sulaiman was very impressive. The song “shukran allah” sung by Sonu Nigam, Salim Merchant and Shreya Ghoshal became superhit. The other songs like “dua”, “ali maula” all were very impressive.
Just because the viewers had discarded action films in the recent past, the film did not do great business. Otherwise the performance of Saif Ali Khan, Kareena Kapoor, Om Puri and Vivek Oberoi were excellent. The director had taken pains to shoot in underground metro stations and did innovative work while showing the blasts. The effort did not get the reward that it deserved. The viewers should watch the film to understand the negative effects of vengeance in the name of zihad. Nothing is achieved excepting killing innocent persons who have nothing to do with the policies of 1st world countries.
Posted by Souvik Chatterji at 7:18 AM