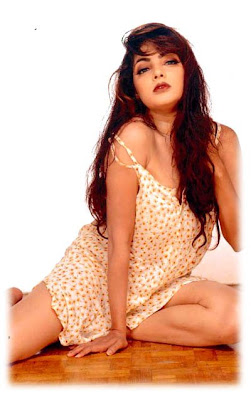 The viewers of bollywood films wish happy birthday to Mamta Kulkarni on 20th April, 2011. She played very significant roles in the films of 90s. She was given prominent roles in successful bollywood films during that period. Rakesh Roshan gave a significant role to Mamta Kulkarni in the film Karan Arjun. She was the wife of Salman Khan in the film. Both Salman Khan and Shahrukh Khan were shown to have two lives. In their first lives they were tortured and killed by Amrish Puri. In their second life they were born at other places but came to Rajasthan to stop the illegal activities of Amrish Puri and his men. Mamta Kulkarni and Kajol contributed with their respective roles along with Rakhee, who had the prominent part in the film. Although the film was related to superstitious beliefs, Rakesh Roshan succeeded in entertaining the audience and the film ended up being big hit.

Mamta Kulkarni got the role of her lifetime in Raj Kumar Santoshi’s film China Gate. She was the relative of Om Puri who called him up to rescue the villagers from the rule of dacoits in the region. Om Puri was a retired major, who left the armed forces after one of their missions failed. Om Puri called all his friends who worked in the last mission, including Amrish Puri, Naseeruddin Shah, Danny, Tinu Anand, Jagdeep , etc., and formed a team to combat the dacoits. Mamta Kulkarni kept the retired military officers in her house and provided them food and amenities during their stay. The police office in that jurisdiction Paresh Rawal conspired with the dacoits and betrayed the military officers. But ultimately the military officers under the leadership of Om Puri succeeded in killing the dacoits and bringing peace within the village. The film was off-beat in nature and Mamta Kulkarni showed her acting skills in the film.

Her other successful films also included Krantiveer, where she acted opposite Atul Agnihotri. Nana Patekar and Dimple Kapadia had the main roles in the action film, but Mamta Kulkarni showed her frustration after she came to know about her father being involved in the gang of lawbreakers who were responsible for riots and other destructive activities. The film was related to corruption existing in society which included the police officers, judges, the executive and politicians. After the late-90s all of sudden Mamta Kulkarni left bollywood films. Viewers remember her both in glamourous and non-glamourous roles. Now that she had attained age, she can contribute in character roles. The viewers expect her to make a comeback in recent bollywood films and entertain the viewers once again just like the way she entertained the viewers in the films of the 90s.
Posted by Souvik Chatterji at 8:04 PM