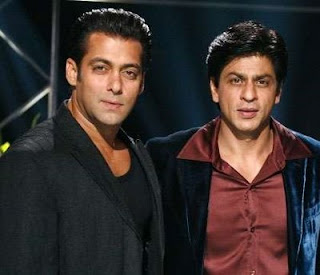 The viewers of bollywood films wish happy birthday to superstar Shahrukh Khan on 2nd November, 2012. He was the ruler of bollywood industry in the 90s. Right from Baazigar, Shahrukh Khan gave blockbusters one after the other. After Amitabh Bacchan, he is the next superstar, whose screen presence had carried through many big budget films.

2011 had been a great year for Shahrukh Khan. He had produced the costliest film in Indian history Ra One. The film in the first week had already done business of more than 50 crores. Although the film had not broken the record of Salman Khan’s film Bodyguard this year which had done business of 150 crores, the film had created a new trend, and Shahrukh Khan’s excellent acting, stunts and enthusiasm had been praised a lot by the viewers.

In 2012, Shahrukh Khan’s romantic film Jab Tak Hai Jaan is going to get released. It will be released on Diwali, on 13th November. It was the last film of Yash Chopra. He died recently. This is the first time Shahrukh Khan had acted opposite Katrina Kaif. AR Rehman composed the music of the film. The viewers expect a lot from the film.

Shahrukh Khan had a grand combination with Director Karan Johar, and most of the films directed by him ended up being super hit. The notable films include Kabhi Khushi Kabhi Gham, Kuch Kuch Hota Hai, etc. Shahrukh Khan also gave able lips in hit songs of these films including “kuch kuch hota hai”, “suraj hua madhyam”, etc. In 2010, their grand combination gave another hit titled My Name is Khan. Shahrukh Khan played the lead role in the film and did a great job opposite Kajol.

Shahrukh Khan also succeeded in negative roles. The greatest example includes Darr. There he played a negative character opposite Sunny Deol and Juhi Chawla. On one hand he gave good lips in the songs “tu mere samne”, on the other hand his attack on Juhi Chawla made the viewers understand that he could act in any type of films. He received filmfare award for the negative category as well. He was played a challenging role in Mani Ratnam’s film Dil Se. The film was related to terrorism in North East India and Shahrukh Khan died with Manisha Koirala in the film.

Shahrukh Khan has the record of bagging 7 filmfare awards for best actor, which is the second best record after Dilip Kumar who had won it 8 times. Shahrukh Khan, better known as King Khan, had acted in the films of almost all the leading directors of the country, including Amol Palekar’s Paheli with Rani Mukherjee. Besides he had acted opposite different actresses like Kajol in the film Dilwale Dulhania Le Jayenge, Preeti Zinta in the film Veer Zara, Anushka Sharma in the film Rab Ne Bana Di Jori, to name a few.

Shahrukh Khan opened own production house titled Dreams Unlimited with Juhi Chawla, and the films produced by such combination like Phir Bhi Dil Hai Hindustani also did good business. Shahrukh Khan had ruled the industry for more than 15 years. Shahrukh Khan is also known for high level of energy. He had sponsored the Kolkata Knight Riders IPl team which had been captained by Sourav Ganguly. Although the team had performed is a disastrous manner, Shahrukh Khan had always encouraged his players. Shahrukh Khan’s team under the captainship of Gautam Gambhir had also won the IPL Trophy this year.

The viewers are waiting for his next film Jab Tak Hai Jaan  which is going to be released very soon and expect him to continue the great work and entertain everyone. As Don 2 amazed the viewers, everyone is expecting even a better show in Jab Tak Hai Jaan.  Already the trailors had been shown in the multiplexes during the interval of a number of films.
Posted by Souvik Chatterji at 8:53 PM