Piranha 3DD did not have same horror effect as Piranha 3D. 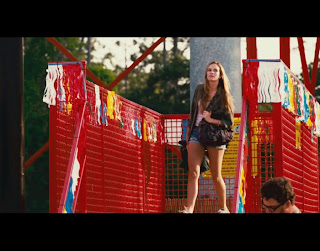 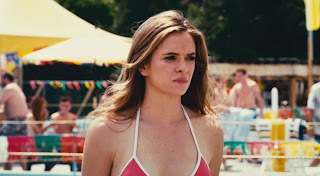 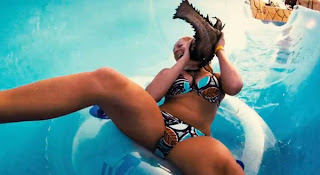 Piranha 3DD did not have same horror effect as Piranha 3D.

In the film it had been shown that those parts of Lake Victoria that was attacked by the Piranhas had been left abandoned. It was shown that Gary Busey and Clu Gulagher went for searching their dead cow in Lake Clayton, a nearby lake. There the Piranhas had laid their eggs in parts of the body of the cow. They hatched and created havoc.

Danielle Panabaker was a marine biology student who came back home during her summer break. She was the owner of a waterpark. She found that her step-father David Koechner had added an adult-themed section to the waterpark and named it Big Wet.

She met Mat Bush and Chris Zylka who loved her. Katrina Bowden and her boyfriend Jean-Luc Bilodeau went into the water and were attacked by the Piranhas. One of the piranhas entered the vagina of Katrina and came out and attacked the organs of Bilodeau. He had chop his male organs to get respite. Meagan Tandy and his boyfriend Paul James Jordan had an affair inside their van which was covered. The gear was pushed and they fell inside the water. They never returned. It was understood that the Piranhas had killed them.

Danielle brought  dead Piranha before the Marine Biologist Christopher Lloyd. He said that the Piranhas had moved via sewage pipe and entered into the underground rivers between the lakes.

Big Wet opened the next day. Ving Rhames who killed many Piranhas in the first episode and lost the legs was invited. David Hasselhoff came as a lifeguard but was only interested to give autographs to women. The Piranhas attacked all the swimmers in the waterpark. Adrian Mertinez poured gasoline in the waters and killed the Piranhas at the end.

Danielle Panabaker acted very well in the film. But the film did not have the same horror effect which was there in the first part of the film.

Posted by Souvik Chatterji at 12:12 PM