Biswajeet - The romantic actor of the 60s. 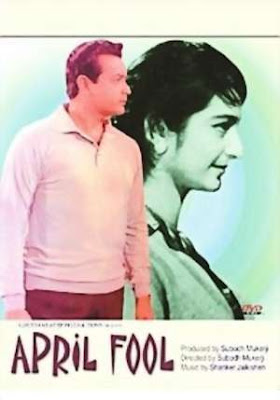 Biswajeet: The romantic actor of the 60s.

Biswajeet Chatterji, better known as Biswajeet, is one of the soft romantic actors of the 60s whose films are remembered for their melodious music, good locations and good stories. Although Biswajeet acted in a side role in the Bengali film “dakharkara”, in 1958, and in films like Mayamrigo, 1060, Sesh Porjonto, 1961, he made his debue in bollywood with the film Bees Saal Baad. Bees Saal Baad was the adaptation of the story “The hound of Baskervilles” written by Arthur Conan Doyle, and the Bengali film Jighansa.

In Bees Saal Baa, Biswajeet, played the role of the youngest zamindar of the feudal clan who was attempted to be murdered by one of the other members of the family who was deprived of his ancestral property. The music was composed by Hemant Kumar and Biswajeet’s performance opposite Wahida Rehman was well appreciated by the filmlovers. The songs and the locations balanced the element of fear and uncertainty in the black and white classic, as the rest of the film involved the presentation of the mystery relating to the feudal family.

Within short period of time Biswajeet, appeared in major romantic films during that period of time. His performance in the film Do dil, was bolstered with powerful playback provided by Mohammad Rafi in songs like “tere husn rahe”. Biswajeet’s film Kohra was also remembered for notable songs.

After acting in films like April Fool, opposite Saira Banu, Biswajeet provided on of the biggest musical blockbusters of that age with the performance in the film Mere Sanam in 1965, opposite Asha Parekh. The music was composed by OP Nayyar, and the major songs in the film including “pukarta chala hu mai”, “humdum mere maan bhi jayo”, “huye hai tumpe ashiq hum, bhala mano bura mano”, “tukre hai mere dilki”, was all super hits. Rafi and Asha were their highest level of excellence, and colourful costumes and locations in Jammu And Kashmir had made the immortal even after 40 years of its making.

Biswajeet’s other successful films include Night In London, opposite Mala Sinha, Do Kaliya, opposite Mala Sinha, Kismat, etc. Night In London was a crime thriller and Biswajeet had to modify his style of acting to unearth the conspiracies that took place at different locations. The other notable songs where Biswajeet had given powerful lips include “naza na lag jaye” sung by Mohammad Rafi and “lakho hai yaha dilwale” sung by Mahendra Kapoor. In the early 70s Biswajeet acted in films like Phir Kab Milogi.

Biswajeet also acted in successful Bengali films like “kuheli”, “ami sirajer begum”,, etc. where the role of the leading actress was played by Sandhya Roy. With the advent of action films in the mid -70s, Biswajeet faded away from the film arena. But whenever the film lovers recollect the films related to romantic stories, Biswajeet obviously comes in their mind as a first choice. His films should be preserved and shown in the television channels which show classic films.
Posted by Souvik Chatterji at 8:46 AM

Biswajeet had few basic discs in Bengali. As he knew how to sing he could give proper lips and done justice to the songs sung by Rafi. He was also very handsome.
Rumi Chatterji.

Good compilation of data on Biswajeet. Although I have not seen most of his movies enumerated in the article, I have known all the songs for ages. There was another movie of his - ISHQ PAR ZOR NAHIN - and that was again a superb performance by Biswajeet.

Biswajeet had done well in other films like Shehnai opposite Rajashri. Hemant Kumar's song "yeh nayan" in Kohra suited Biswajeet a lot. It was the hindi version of the bengali song by Hemant Kumar titled "ei raat tomar amar" from the film "deep jele jai".
Supriya Chatterji.

Biswajeet was indebted to Uttam Kumar for learning romantic style of acting. The first film where he became hero named Mayamrigo (1960) had the backing of Uttam Kumar. He had lot of credit in creating his mark at an age when there was lot of competition in bollywood and quality films were made. He acted in a number of plays in commercial theatre in Kolkata.
Chitta Ranjan Chatterji.

Biswajeet had given the right lips for the right sequences. For example in the song "hue hai tumpe asshiq hum", in Mere Sanam, composed by OP Nayyar, there was a line where clapping was used for the song and Biswjeet had done the needful while giving lips for Rafi's song, showing the fact that he knew how to sing and which instruments are being for the songs.
Souvik Chatterji.

Would I be able to get Biswajeet's home address. I would love to write to him and let him know what I have missed during his hey days.

I was a little girl than but today I keep watching his song clips everyday when I have time.

Would sure help if someone could give me his address.

My name is Pamela from Malaysia. I can be emailed at timeless_message@yahoo.com

Hi I am Kiran chandra singh from australia and a very big fan of Biswajeet since I was only 14yrs old. I saw his first movie Bees Saal Baad and noe i have a huge collection of his movies and seen all of them too.Till now I am a fan and hi is the only actor I have like and think that no one is more romantis than him in these days in the film industry. he is the best actor. Please someone anyone who knows his email address mail me on kiranchandrasingh@yahoo.com.au
Thanks, kiran singh.

Hi I am kiranchandrasingh and my email address is kiranchandrasingh@yahoo.com.au
Please if anyone who knows Biswajit's email address could you please mail me, cause I have been a big fan ever since i was only 14yrs of age and till now i adore him so much. I have a huge collection of his movies. I have seen all and think that no one is like him.He is the most romantic actor in the film industry and most handsome too. No one can be like him. All the songs sung by mohammad Rafi ji and mahendra kapoor ji really suits him very much. I have seen his shows too in utube and he is the best. I will always be his fan till the last breath. I have been dying to meet him also but don't know if that will ever come true. please if anyone out there knows him or even his mail address please email me on the above address. Thanks kiran singh.

I am still looking for Biswajeets email address and till now Am not lucky enough to get his address. At the moment I am 50yrs old and don't know how long will I stay alive, still I want to see him very badly and still he is the only actor I admire the most.Now days film industry mein koi aisa actor nahin hain jis mein Biswajeet jaise baat ho. He was and he is the best. A very good performer in his time. Everyone loves him.